I'm constantly dismayed with certain commentary on the Tour De France when people are described as "Former Mountain Biker" and it appears to be a big shock that they're a good rider on a road bike. Surely  it's down to the ability of the individual and the type of bike is irrelevant ? I'm not a roadie, I'm not a mountain biker I'm just a cyclist who rides different bikes, a skinny plastic one and a big green chunky one. People may disagree but I think both disciplines compliment each other. A couple of years ago I went on an organised mtb ride with the local bike shop and to cut a long story short and to quote me at the time they beasted the fat lad. That put me on my long steady road to get fitter and convinced me that I should consider getting a skinny bike. I can't explain it but the road bike makes me try harder, the harder gearing compared to the mtb which then gives you a bit of power when riding rough bumpy climbs on the mtb. Both disciplines give you the same highs though, getting up the climbs and nailing that downhill. 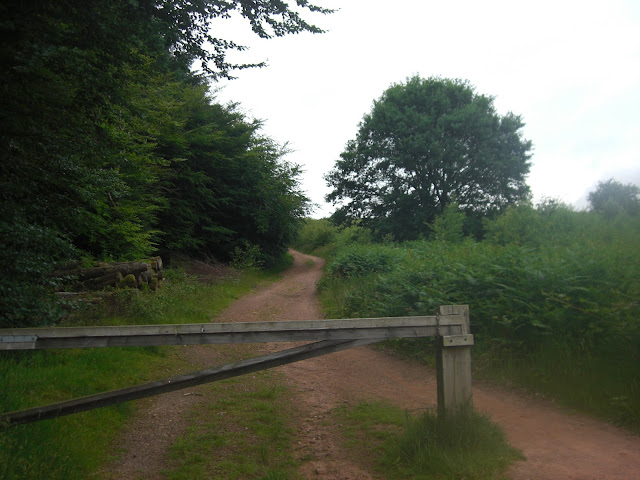 A ride out on the big green chunky bike today with my good friend Bonus who hasn't been out for a spin for a while. Bonus has never been up to Dunkery Beacon so I suggested we'd head up that way and hope the forecast rain held off. I've already ridden this way a couple of times this year and blogged about it so I won't bore you with the detail. It involved going up a lot which I seem to quite like doing and a two mile rocky downhill which Bonus likes doing. 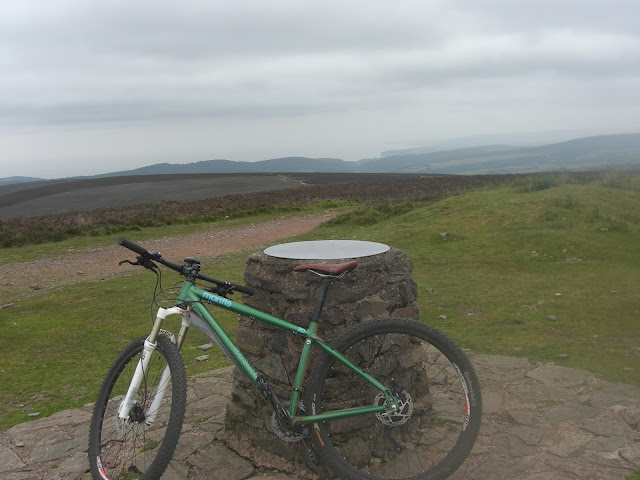 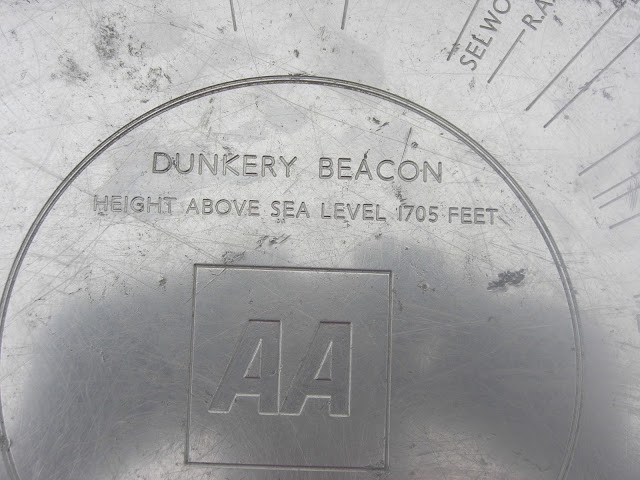 It was a bit breezy up at the beacon and we could see the rain heading our way us so we headed down the rocky descent which seems to get rockier every time I ride down it. A thoroughly enjoyable ride out and I particularly enjoyed the climbs which is slightly worrying !