Well it rained and rained some more, I waited and pondered and waited some more, but it still rained. I got changed, still rain, waited a bit more, right that's it I'm off out rain or well rain and as if by magic the rain stopped once I'd set off. I was just going to do a quick lap around the hills nearby but with the wet stuff easing I went a bit further.

First climb of the day was Park Lane, not the posh street in the smoke but the rocky, wet muddy climb up to the woods of Dunster. Felt good again on the mountain bike and rode all of it which is a rare feat for me as I usually run out of skill on the steep rocky bits near the top. 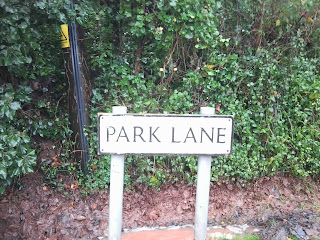 Took a route I hadn't done for a while through the forest, the descents made even more fun sliding down the muddy bits. Up past the Bear and then down to Dunster, the water running under the bridge was the colour of mud and flowing quite fast. 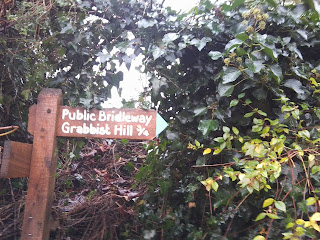 As I was making quite good time I thought I'd try a climb I hadn't done in years to Grabbist Hill. Last time I went this way was with No1 son when he was a nipper and I had to push two bikes up the hill. Only one to push today though as it basically turned into a steep rocky river, now I remember why I don't go this way :)

Once on top it was along the ridge and the last descent of the day, a track Bonus named Readers Wives for reasons to be explained by parents. It's a great bit of singletrack, little used, under the trees, one of my favourite bits to ride rain or shine. 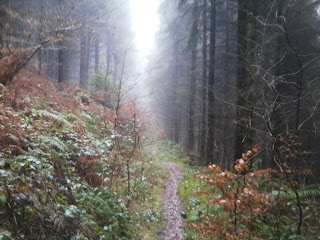 A great ride out again on the mountain bike the weather just adds to the fun. Here's the Strava bit....