I was kindly invited by Steve who I finally met in February and is a keen mountain biker for a ride around the Quantock Hills. It's kind of half way between us so a short a drive was needed along a very quiet A39 which is a bit of novelty. I was slightly worried I had deeply upset him with the revelation to him that Canadian rock star Bryan Adams had once made a music video in Holford, our meeting point. After speaking to him once he had arrived he eased my worries, something about weddings, embarrassing Page boy outfits, I think the tune sometimes triggers some dark memories ;)

I've ridden the Quantocks a couple of times before and usually ended up taking the wrong route option (okay okay, got lost). Steve knows the area well and also has one those fancy Dan GPS things with maps on which also helps. Sheltered and sunny at the green in Holford as we set off up the first climb of the day a rough and rocky steady ascent at the bottom leading up to the exposed Moor and the biting wind once at the top. We headed towards a beacon to admire the view, if you looked carefully you probably could see my house...possibly. 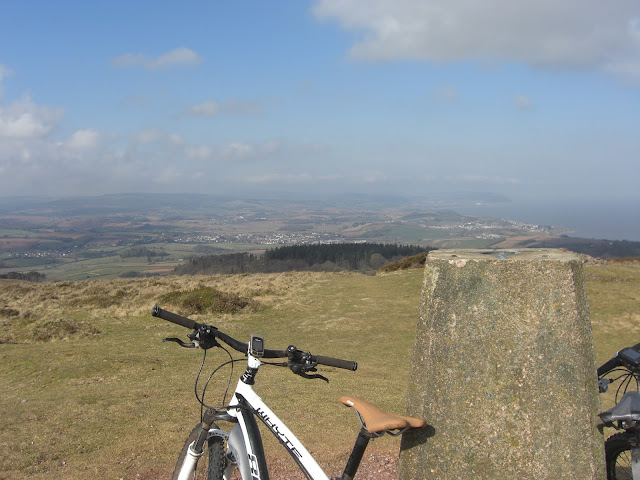 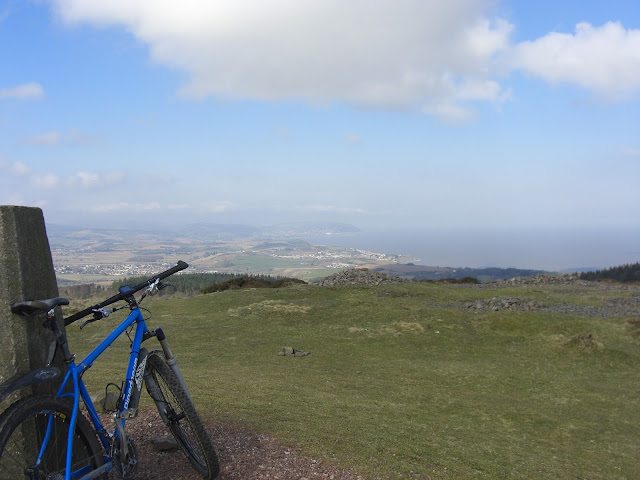 After the up it was down, Smiths Combe started again rough and rocky but turned into a cracking stream crossing descent but alas what goes down must go up or something along those lines. Another long drag back to where we started basically and then down again, Weacombe or has Steve described it Weeeacombe and he wasn't far wrong. A gentle spin along a low path for a bit, dodging walkers and sheep before you guessed it up again, Bicknoller Combe another drag back up to the moor, but a very scenic one at that with added lambs and deer. Once I'd finally made it up to the top it was steady ride into the howling wind along the top for a couple of miles. The wind did make me think of another dodgy wedding tune though as I struggled along. I think I saw more vehicles up here than I did on the A39 earlier, no wonder the tracks are as knackered as they are. It was all downhill (ish) from here back down to the green in Holford and a bit of a relief to be out of the wind. A great ride with a thoroughly nice man he ain't half as grumpy as he makes out, hope I wasn't too slow company and apparently we only did half, other half next time.

I couldn't resist the opportunity to take a pic of the spot where this was filmed.... 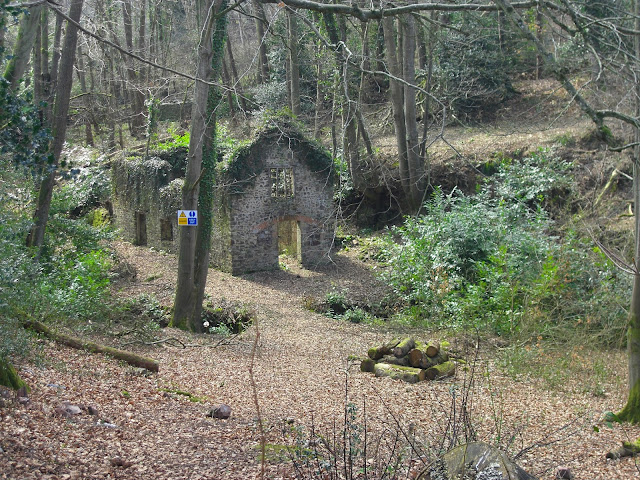