I've had lots of great advice lately all of which I am truly thankful for. I tend to be a bit self depreciating and counter the good advice received with a dig at myself normally but please don't think I don't appreciate it, I do. If I need to improve I need to work harder and possibly try and be a bit more structured or scientific in what I do to make myself a better rider. It's about two months to my first big sportive of the year, the Dragon Ride, seventy eight miles up and over the valleys of South Wales, should be fun. My aim is to lose weight as I've previously blogged about, less weight around the middle should make those climbs easier. I've started running, well more of a slow stagger, the first couple of runs felt painful during and after but now the body seems to be used to it.

I did plan to head over the moors today and being impatient I wanted to get out early, the nice lady on the tv said it would be sunny with the chance of a shower, I believed her, fool. It was damp but not too bad when I left but once at the end of the drag towards Porlock I could see the clouds hanging to the hills.

Rant time, I was passed too closely my for my own comfort going along the straight just outside Minehead. It's a quick road but a wide one with three lanes most of its length, to be passed three times in such a short stretch is really not necessary. The last vehicle, a very large van was so quick and so close it sent me into a bit of a wobble, is a vegetable oil delivery that important? I just want to ride a bike. Rant over. 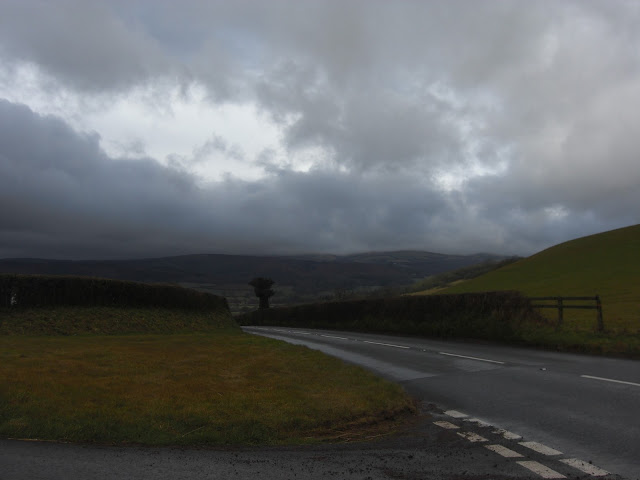 I had to stop to compose myself then headed off to Porlock and the Toll road only for my front mech to decide not to shift onto the inner ring. It decided to work once I stopped, which was a bit of a relief, tackling the toll road on the big ring might of been fun though ? The sun poked its head out as I made my way up but soon went as I ascended, the cloud was just sat there like a big wet blanket. I rode to the end, decision time, straight back down or risk a ride across the moors? 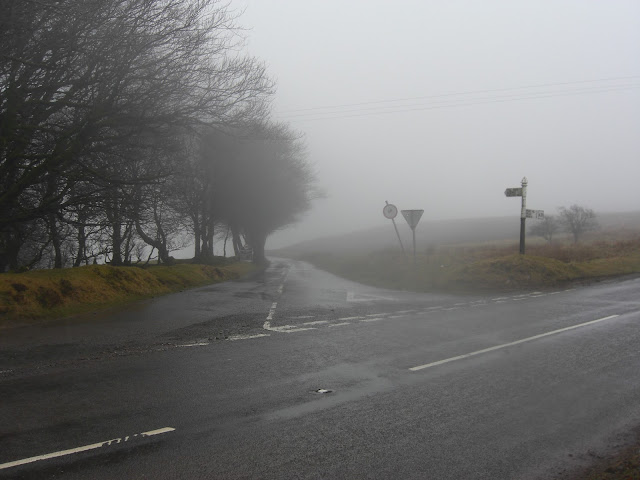 I thought I'd risk it and see if the cloud would lift but it didn't and I just got wetter and colder. It never ceases to amaze me the difference in the conditions in such a short distance albeit a fifteen hundred foot height gain. So I donned the boil in the bag jacket and decided to head for Cloutsham and was truly frozen once I had dropped down off the moor and had reached the ford.

Headed for home a lumpy way to warm me up, a bit brighter lower down, I was a bit disappointed with the speed and mileage but the descents were very wet and dirty and I should be grateful I've been able to get out again this week. With the audax and a couple of shorter rides that's about a hundred odd miles this week and I've still got the weekend :)