First big ride of the year today, Minehead Cycling club's Spring Audax, sixty hilly miles across Exmoor, I even ventured into Devon at several points too. The event started in Porlock which is about six miles away so I decided to ride there to warm the legs and lungs up. Conditions were not too bad down at sea level and the car park was busy with riders preparing and registering. The ACG (Beard Section) were already there, Steve, Martyn and Trevor but Trevor was just slightly unshaven and hadn't gone dodgy beard like the other two.

Up the Toll road, nothing like starting an event with a four mile climb from the off, it is a nice climb though but once at the top of the moors the wind had arrived. A bit of cyclo cross at the top and along the top to Exford, this is where I lost the beards, too strong for me in the wind so it was head down and set my own pace. A long climb out of Exford, I was hanging onto someone's wheel but he went straight on at the turn, I wonder if he had downloaded Mr Steep's original directions? Along and down to Withypool and the first checkpoint, in a pub, with a roaring fire and lots of food and...get a grip! Didn't hang about and cracked on as it was soon up again and onto the moors, as I was on my own I took the opportunity to take a couple of pics on the way. 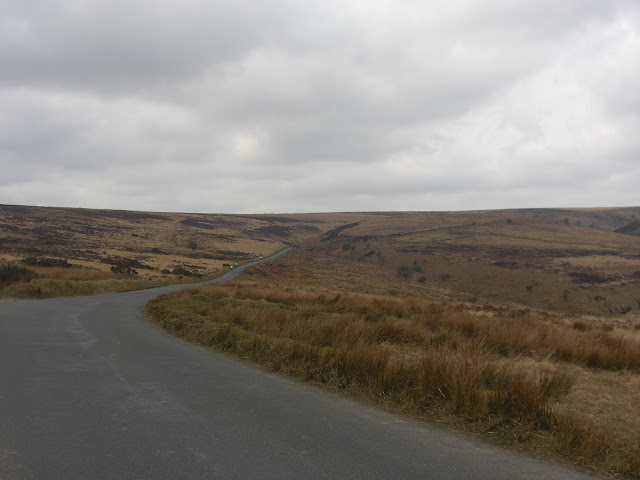 It was up, down and over the moors with spectacular views, I've been this way before on last years Exmoor Beauty with a raging head wind and had it again but this time in the opposite direction, must be me? 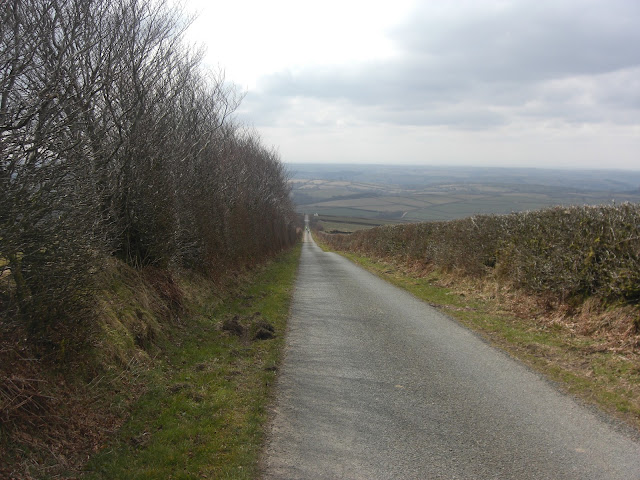 A brilliant descent down to Dulverton and a nice ride along the river to the town and the next checkpoint, in a pub, you get the idea. I stopped and ate and a nice lad in the pub filled my bottle but I soon set off again along the river to Exebridge then onto the valley road and back towards Minehead. I seemed to be struggling with what felt like lactic acid and or cramp for most of the ride. I've been trying to lose weight lately so I don't know if it's reducing my calorie intake or I'm missing something in my diet but I didn't feel totally happy with myself. I stopped at Wheddon Cross to take some Ventolin, its prescribed ! The lungs haven't been at full working order lately with all this cold air and the medicine certainly helped me feel a bit better. All downhill to Dunster and the last few miles of lumpy bits past Minehead and back to Porlock to finish, cup of tea and some lovely scones, then ride home ;)

The wind was a constant pain whilst out on the moors but the views were outstanding, the roads were quiet and the route was excellent even if I didn't feel great. As usual after sitting down and looking at my stats I wasn't doing as badly as I thought I was. I even managed to catch up with the ACG, at the finish and they even left enough scones for me. 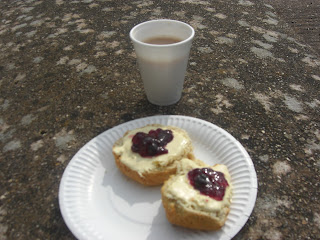 Good to see you out there in the wind. It was a great route, especially if you used the right one. I struggled to live with the pace that Trev and Martyn set. I suspect my beard has yet to reach its full power.