A Sunday off which is a rare and precious thing due to the constraints of my shift system at work. I could go out with the club but eldest had promised he'd come for a spin with his old man because it's been a while since we last did. The sun was shining whilst I ate breakfast and waited for eldest to emerge from his slumber as I didn't want to wake a teenager too early, they can be savage beasts.

I was thinking to myself last night about the pain and frustration that must be felt by someone who is suffering from something you can't see or understand and can't be cured with a magic pill. You start to feel a bit frustrated yourself at your inability to help but I guess just supporting someone is all you can do sometimes.

We thought it might be chilly so layered accordingly, I won't draw any analogies between myself and the logo of a certain tyre manufacturer as I resemble it without extra clothing so enough said. Eldest doesn't like the cold, he must have had three layers on his legs, two pairs of socks and a woolly hat to keep out the chill. Right on queue it started raining, it must be me, I don't recall any particular big fibs when I was seventeen but I guess we've all told a little white lie somewhere down the line. As always I had a plan but that went out the window as eldest didn't fancy heading up onto the moors if it was lashing down, he doesn't like getting wet either. We decided head across country to Porlock along the back lanes which has some nice lumpy bits to keep things interesting. Of course it had started to brighten up now, waterproof off for the first time, so we headed down to the Weir to put some miles in and decide from there which way to go. 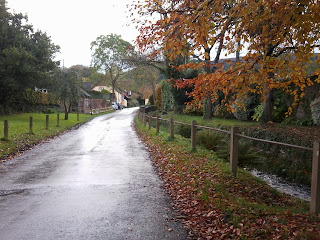 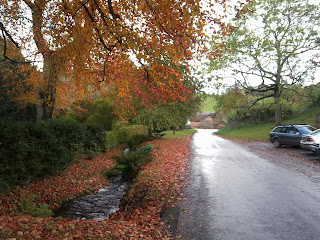 It had turned a bit grey and cloudy down at the Weir so we decided to head for home, waterproof back on, I was spinning along quite nicely but eldest was hanging back a bit. I had to stop and wait for him on the straight into Minehead, turned out he really wasn't feeling it today so he headed home and I decided to do a lap of the town, two hour rule and all that. It was sunny back in Minehead, waterproof off again, so I did the flat bits on the seafront which was busy and back home. 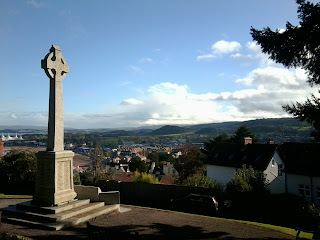 Nice to be out with eldest again even though he wasn't feeling it but it's been a while since he went out on the road bike. I felt good again, once the lungs had warmed up, two weeks off soon so hopefully plenty more opportunities to get out and about.