After a couple of failed attempts due to the weather and him unfortunately taking a spill a few weeks back I finally took my workmate Stacey for a tour of Exmoor on Thursday. Stacey was worried about the hills, he doesn't do hills, at least that's what he kept telling me but he wasn't fooling me. At about six foot four and with more fat on a greasy chip he made going up gradients look effortless were I was doing my usual huffing and puffing as I trailed behind him. After just finishing night shifts I was feeling a bit groggy so kept the route a bit shorter than usual but just as lumpy but you can't really avoid hills around this part of Somerset. A steady spin in the sun up Porlock Toll Road, as quiet as ever but nice to have some company for a change. 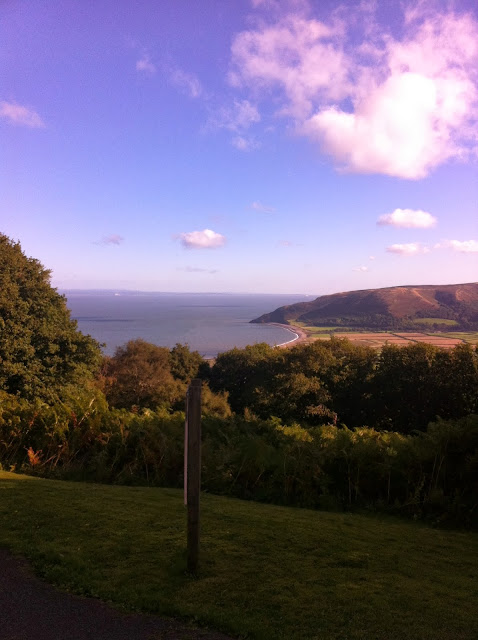 After negotiating the top of the moors and the descent and ascent to and from Exford a quick blast along the valley to Winsford gave us a break from the lumpy stuff, at least I was a bit quicker at descending :) Back up the valley road to Wheddon Cross for a quick stop to discuss route options. It seemed a shame to waste an opportunity to go over Dunkery hill on such a nice day so we didn't. Once at Dunkery Stacey put his head down and went for it up the hill, I just pootled on as usual. 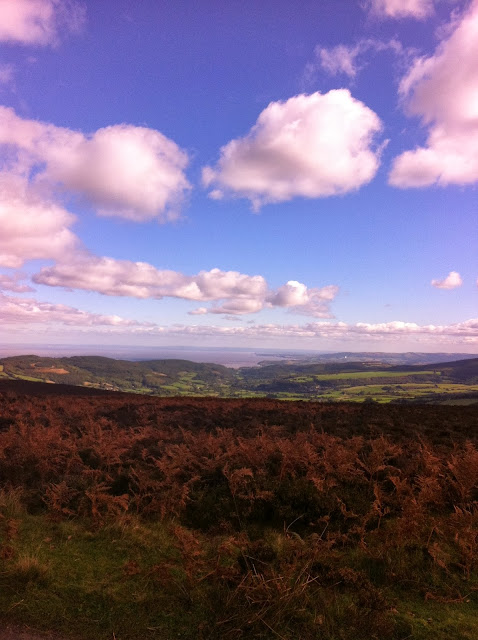 Nice on the hill were I may of commented for someone who doesn't do hills he was doing very well, just the descent then back towards home. A thoroughly nice ride, a bit chilly but you have to get out there.

Yesterday I got the big green bike out and did a loop, I do enjoy the autumn I think years of suffering from hayfever means I strangely enjoy the colder months or I'm just strange? 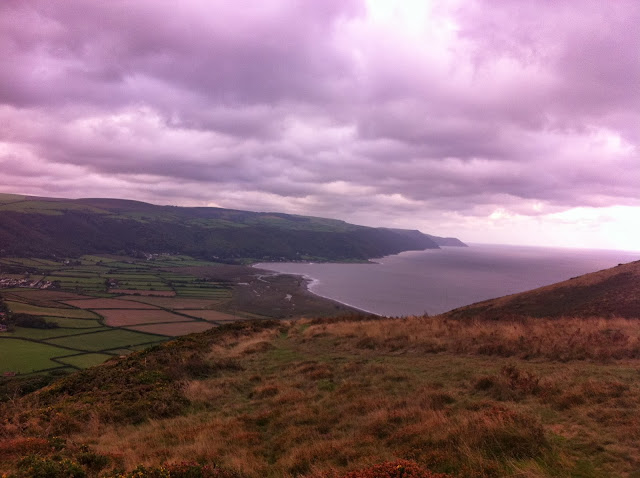 I thought I'd head up through Horner woods and Eastwater to see how the river was flowing, a bit bike and hike in places as you criss cross the river but worth it just to be in such a beautiful place. 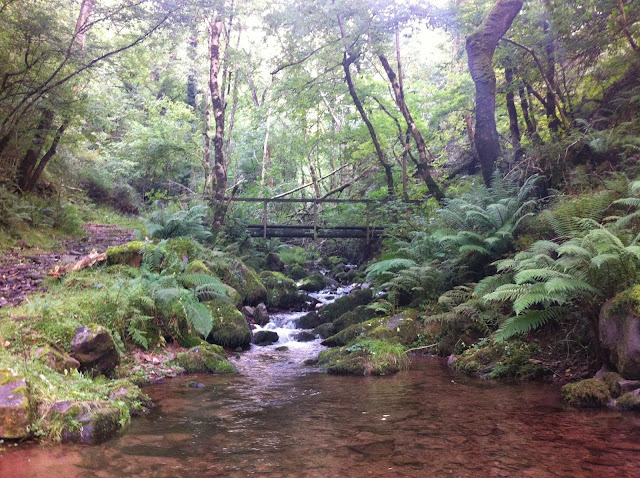 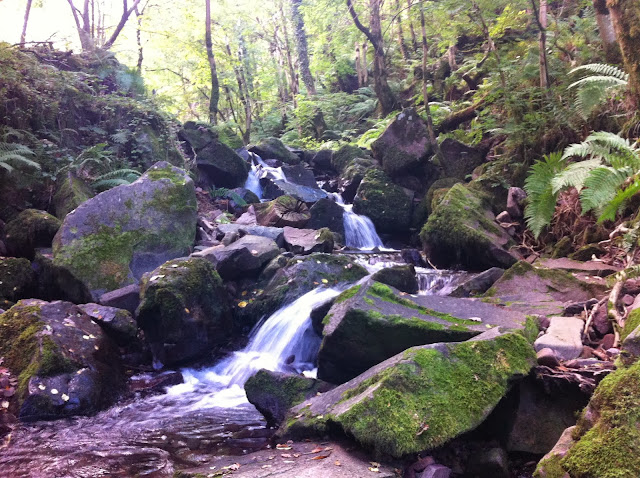 Compared to when I last did this loop and after the day before's efforts I was quite pleased with my time especially on the hills when my legs were burning. It went like this.......
Posted by Chunky Mamil at 19:50