I've been meaning to go out for an evening ride for ages but I kept putting it off, it's an annoying trait of mine that I'm trying to stop, trying to live my life and not go along with someone else's. The weather was set fair, the sun was out, I'd only finished two night shifts at 6.00am and had about five hours sleep so caffeine was needed before I hit the trails. The legs felt heavy and the lungs were a bit wheezy as I headed up the hill but seeing to two lads pushing up a steep bit made me dig in and show off and try not to show I was blowing out of my derriere as I passed them. That used to be me not long back and I used to push up the same bit so I know how it feels, I've come a long way this year, I need to remind myself that sometimes. I could see the sun dropping down low as I rode along and was worried I'd left it too late to catch the sunset so went for it up the hill to the beacon, I didn't though, hope you like the pics. 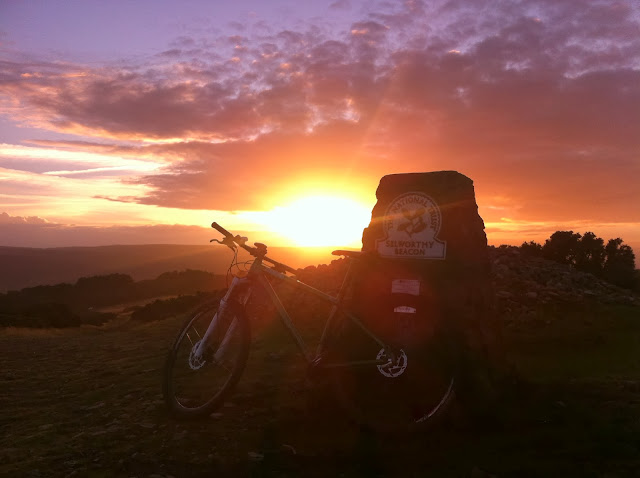 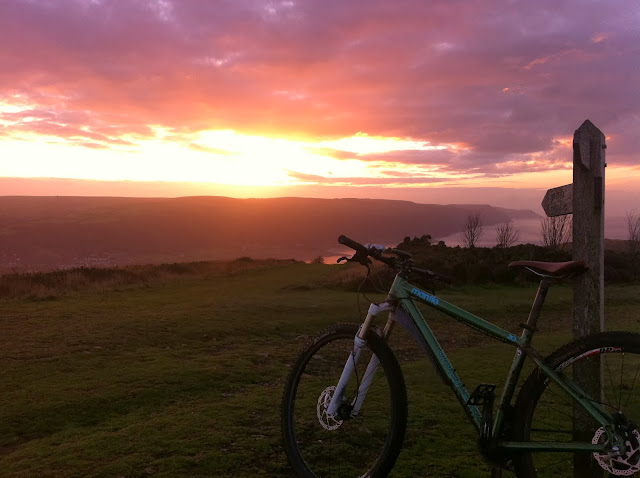 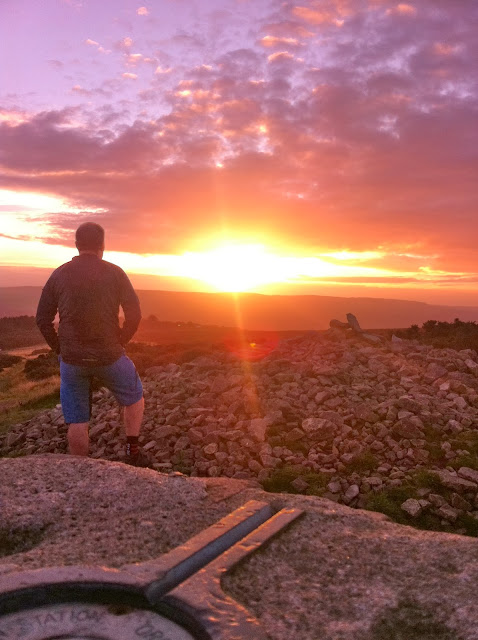 The ride down the hill was brilliant, cool and still in the fading light, once under the tree line things got a bit sketchy but my cheap light helped a little bit as I made my way down. I think I startled a couple out for an evening walk as I appeared out of the undergrowth smiling like a madman, got to be done though, great fun.