It's very confusing being a mountain biker these days, wheels keep changing size. We have the traditional 26" then we have 29" which is 700c and then there's 650b which 27.5", confused? Some may say it's cynical marketing others may say it's an innovative sport that's still young and is pushing the boundaries of cycle design and is constantly evolving. Road bikes never really change, a few tweaks in angles and electronic shifting because pushing those pesky levers is ever so tiring and time consuming ;) I've read the reviews, laughed at the forums and decided to take the plunge and got one of those big wheeled 29er things. It's a bike, the wheels are a bit bigger than the last one and I've called it Gilbert ' cos it's green.

So, first ride today and my mate Bonus came along to. It's a while since we've been out for a ride together so it was nice to have some company. The bike felt quicker straight away, can't explain why really, it might be the tyres, the geometry the big wheels who knows but we both made light work of the big climb, I even got to the top before Bonus which is a first. The big wheels got rolling along the top of the hill but I couldn't keep up with Bonus on the down he does fly downhill. We then went exploring, we'd passed a track on a few occasions and thought we'd head along up it today just to see where it went. There are lots of tracks around the forest not all on maps and it ended up at a house in the middle of the forest, a proper house, windows, curtains, flowers in the window. Bonus was well impressed but I wanted to leave, I'm sure I could hear the sound of banjos. 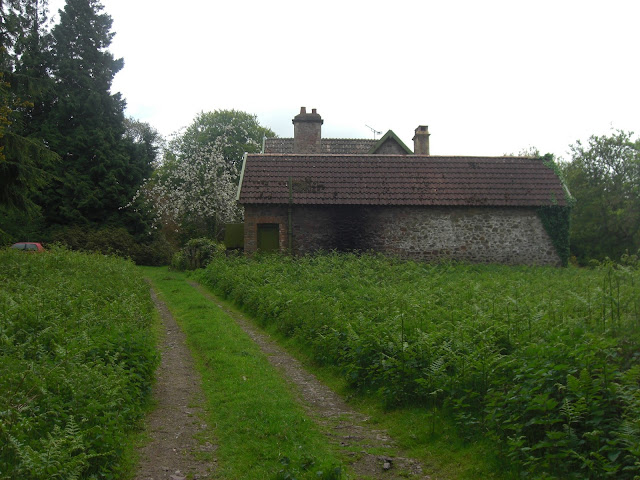 We headed up another track through some ramshackle gates which again looked ominous but we just ended up riding around what seemed to be a Christmas tree plantation and ended going out the way we came in. After finding another dead end we headed back to where we knew we could actually get somewhere and headed down to Dunster. 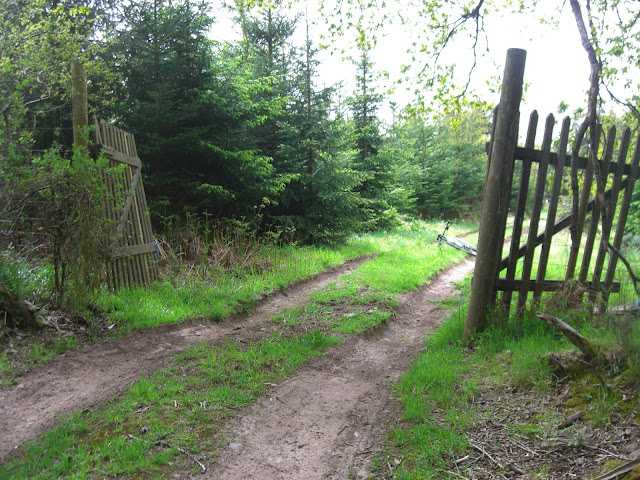 Up Grabbist hill in what felt like record time and back onto the ridge line. A quick blast along readers wives and down to the Combe, I was flying along, I think this could be the start of a beautiful friendship. 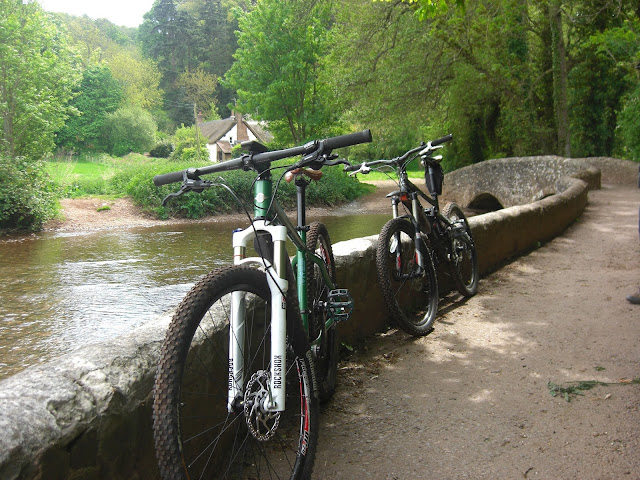 Nice to read about your new friend Gilbert :-)
I hope that you both enjoy many many miles together.