....an endless road of breathtaking sights.....

I managed to drag my mate Bonus out of hibernation today to go for a blast on the mountain bikes. He suggested we do a reverse of a route I tried last week, so we did, sort of. The way out means a flattish spin along the cycle path to Carhampton and Bonus seemed to be pushing it a bit as we sped along. He seemed quite eager to get to the first hill of the day and then it dawned on me why when I stopped to de-layer. The menace of Strava, not many sad geeks must use it who ride up this hill because I currently stand as the king of the mountain. Up we went, it's a climb of two parts, a long slog followed by a steeper more technical bit with mud and rocks. I did think Bonus was going for it in one go but he did stop for a quick breather before we tackled the steep bit. 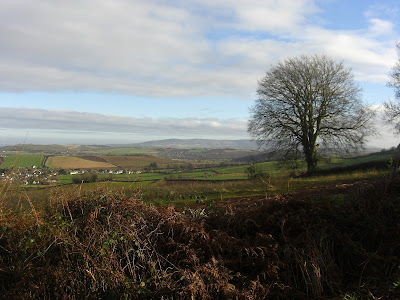 Bonus went for it on the steep bit leaving me in his wake to puff up and meet him at the top, I wasn't that far behind. Along Withycombe Hill then down and back up and a gentle ride along the edge of Black Hill offering great views down the coast. 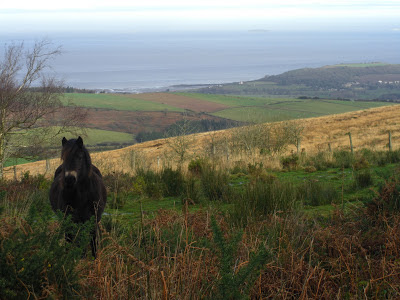 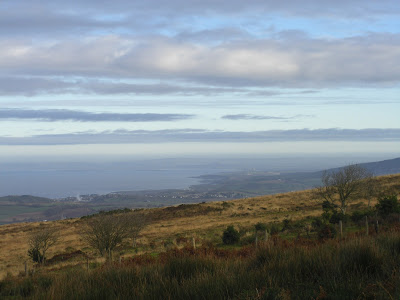 After a quick breather we decided to go exploring the myriad of tracks in the forest rather than coast back down the boring fireroads, still wide forest tracks but a bit rockier and rougher. We had to check the map a couple of times but we managed to get where we wanted to, well near enough. A quick blast along the crunchy track for old times sake and then back home. Bonus was struggling a bit, he's been laid low with the flu for a couple of weeks, that and his Strava beating exploits seemed to be taking their toll so I had to nurse him towards home. It's not quite the same as draughting on a road bike but I was there more for moral encouragement ;)