This time last year, Paul who everyone knew as Gilly was diagnosed with Pancreatic cancer, five weeks later he passed away. Father to Milly and George and partner, friend and soulmate to Pat and friend to many people. 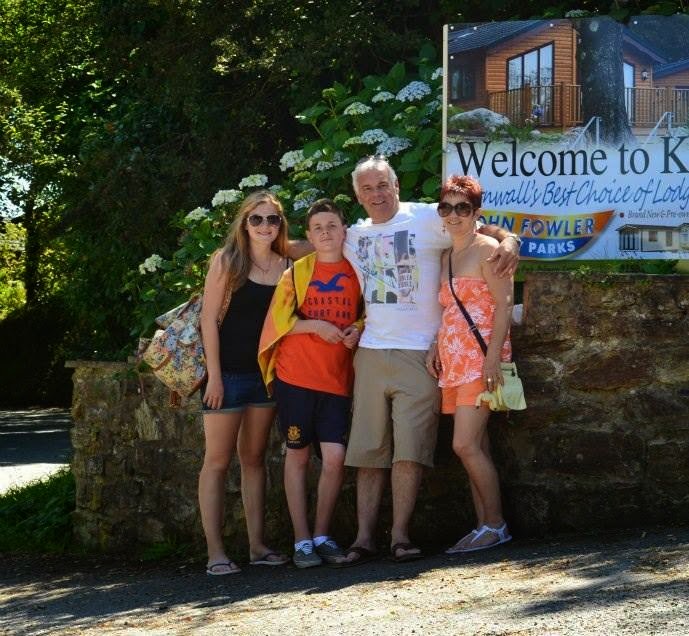 My old mate Drew was a close friend of Gilly's so when he asked me to join him on his annual cycle challenge this time in memory of Gilly and to raise some money for the charity I felt I couldn't make any excuses, it's only riding a bike.

I slept quite well considering the 4.00am alarm call but up and at them and on my way to Taunton for a 5.30 start. We were joined by Rick a cycling mate of Drew who had turned up the morning before so, at least he was keen and Drew's brother Steve who was kindly driving the support van for the day. The original plan was to ride from Birmingham back to Taunton but with a strong southerly wind forecast we agreed to flip the route and take advantage of a gentle push from mother nature. So off we went into the still warm morning, quiet roads and the sun rising, just follow the signs for the A38. A distant view of the Glastonbury Tor in early morning haze looked amazing, I may have to head that way again soon with a camera. Familiar roads to start with, Bridgwater, Highbridge and Weston before I ventured into pastures new. The only puncture of the day happened early after Drew hit a pothole, but fixed in record time. It soon warmed up especially after the climb from Flax Bourton but as climbs go it was quite a nice one and what seemed like no time we were in Bristol nearly 50 miles done. 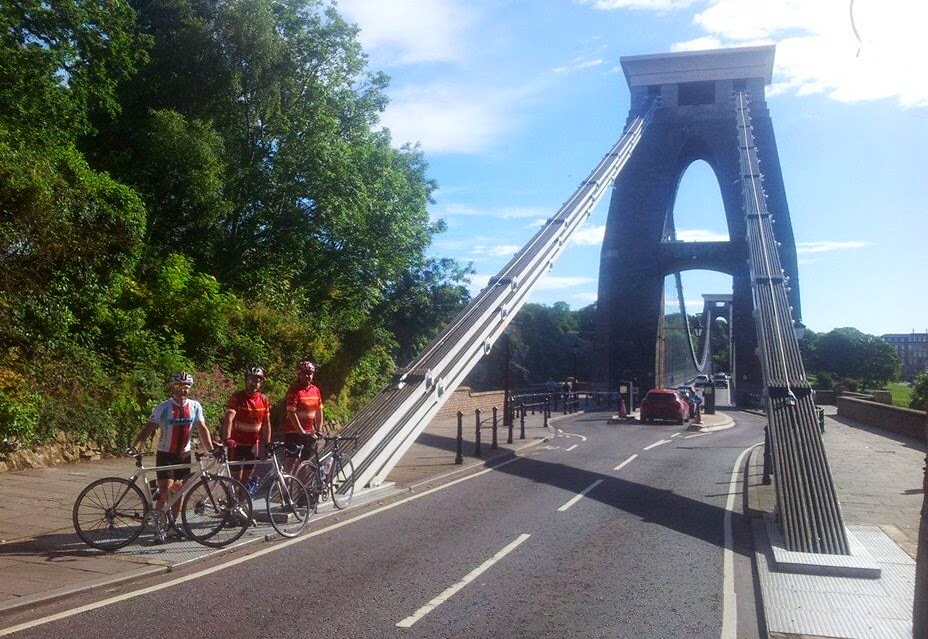 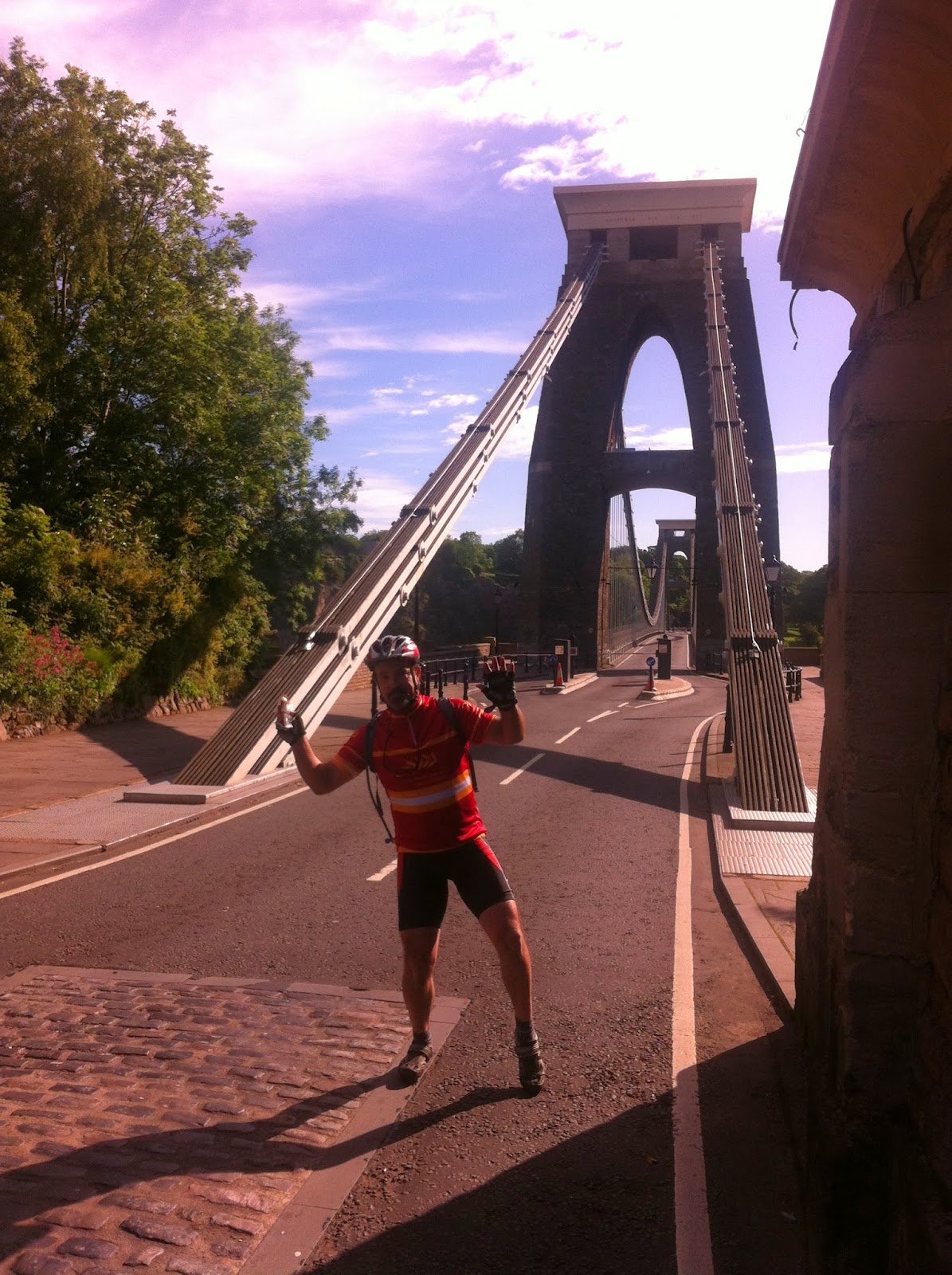 Steve met us and we ditched unnecessary layers and topped up fluids and wound our way through the relatively quiet streets of Bristol. We pressed on now at a good pace taking turns to pull each other along until we got to Gloucester and seemed to get every red light at every junction. The roads were busy now, there seemed to be lots of hand car washes and garden centres on the route so if you need a clean car and some hardy perennials take the A38. After negotiating the busy roads of Gloucester and the very pretty Tewksbury we stopped just before Worcester in the shadows(ish) of the Malvern hills, 100 miles done. 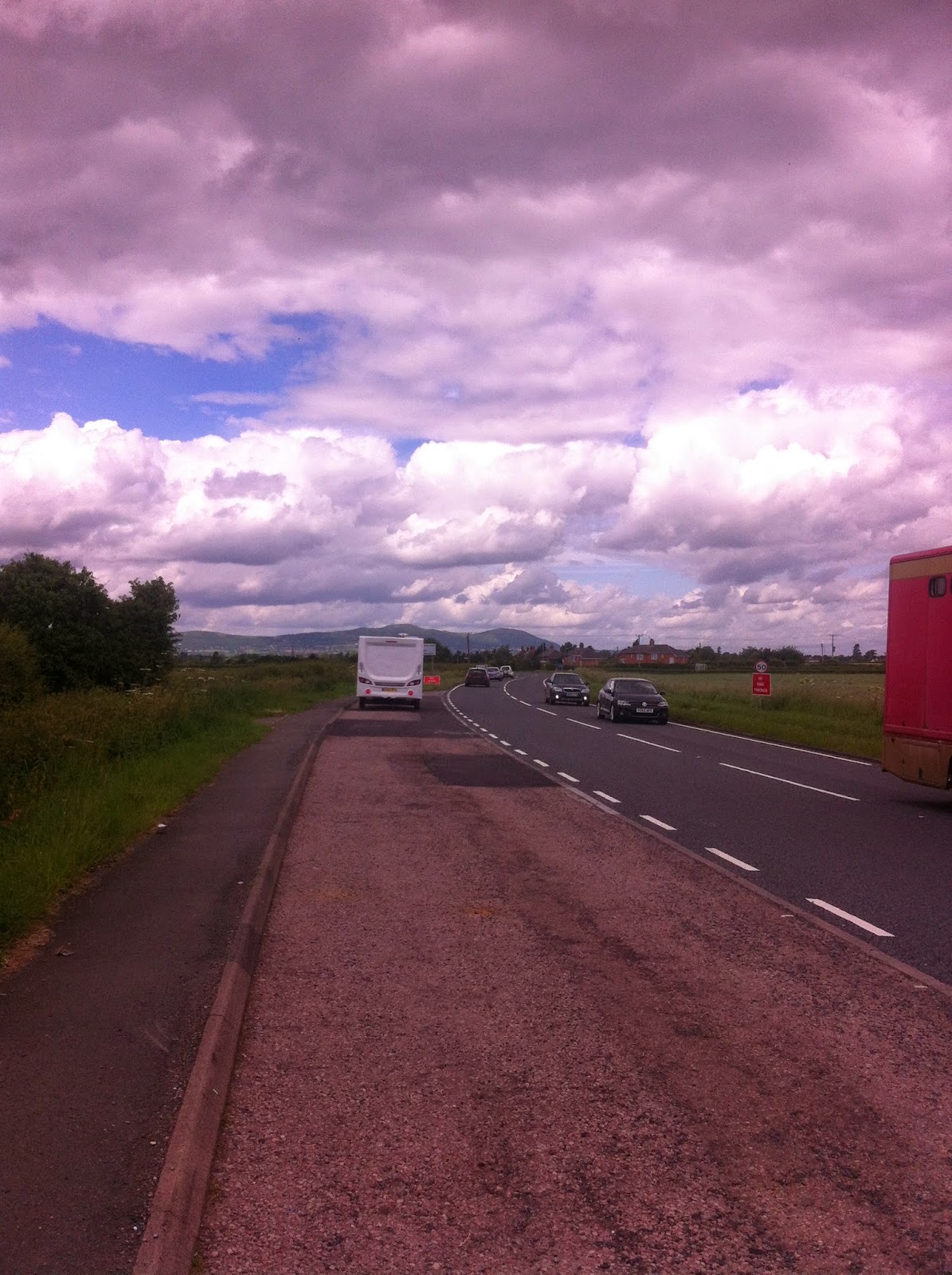 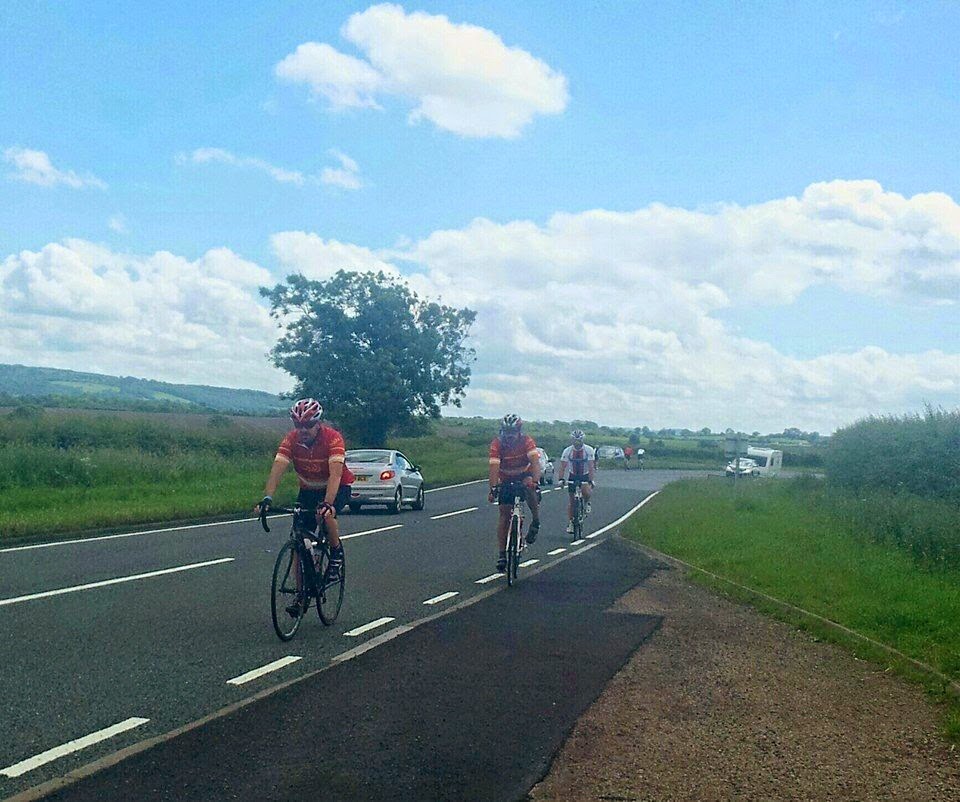 Into the unknown now for me distance wise but after a while to get warmed up early on I was feeling quite good and we'd just done 100 miles in just over six hours so I was feeling quite pleased. Fuelled up and topped up, the final push, busy through Worcester, lots of lights and traffic and much the same all the way through to Droitwich and Bromsgrove. A few slogs along faceless dual carriageways and traffic lights, so many traffic lights, that and fatigue slowed us down a bit towards the end and one dodgy moment on a roundabout nearly ended Rick but no harm done. We did it, not bad for three blokes of a certain age, 137 miles in total, Drew wanted to beat 8 hours 42, he recorded 8 hours 2mins, done. 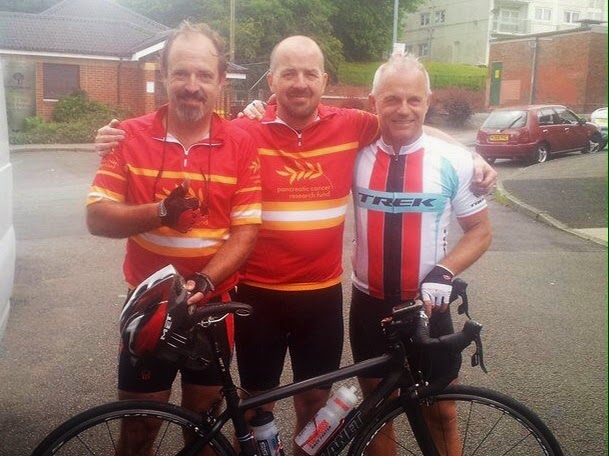