As we stood in the still moonlit air in the wee small hours watching fox cubs play and explore their industrial home (beats working) my mate Bonus declared that we need to do a night ride on our days off. He thought we should make an evening of it and head for Dunkery Beacon, the highest point on Exmoor. I needed lights so popped down the shops and so with some lights from a land were everything is a quid we set off. 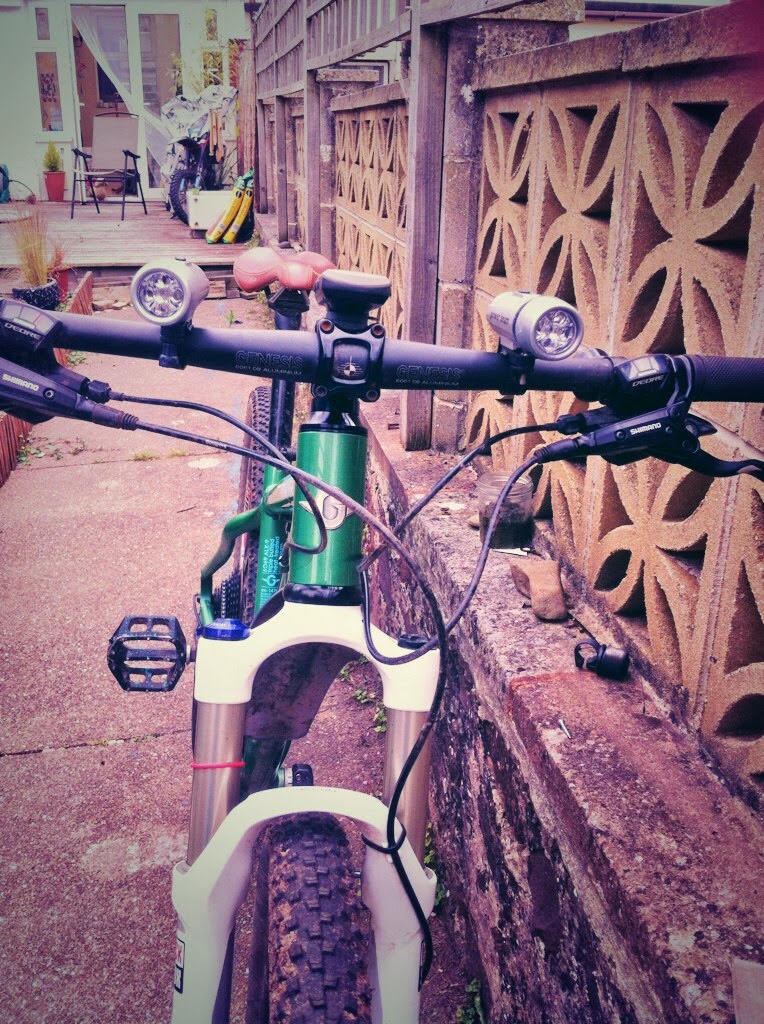 It was pleasantly warm, no wind and just so damn nice as we made our way up and along North Hill and as we reached the headland the view opened up, it was just breathtaking even more than usual. The sun slowly going down and reflecting on the flat calm sea. We took a path Bonus had never ridden which offers great views over the bay but if anyone asks, you ain't seen me...right! 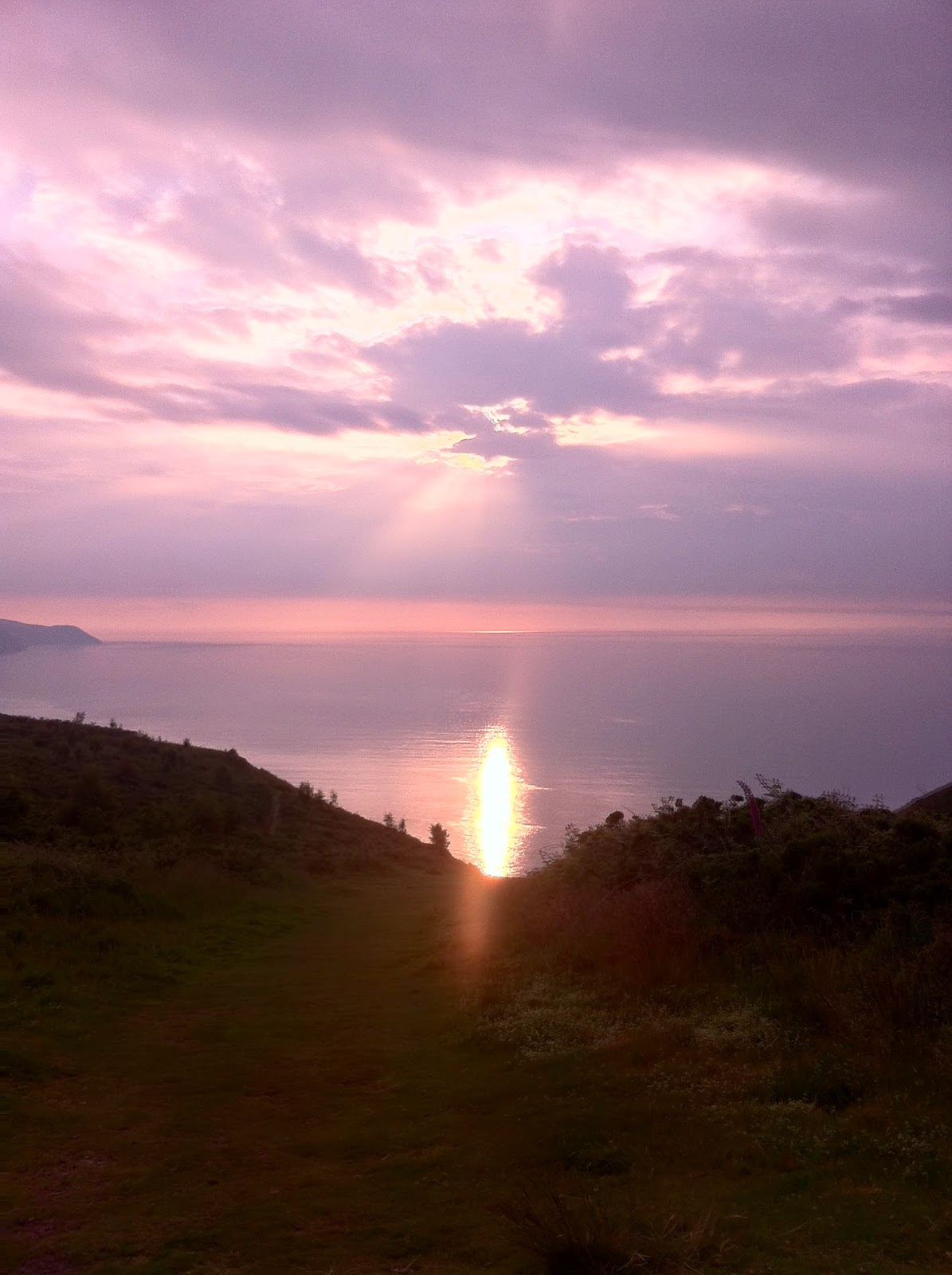 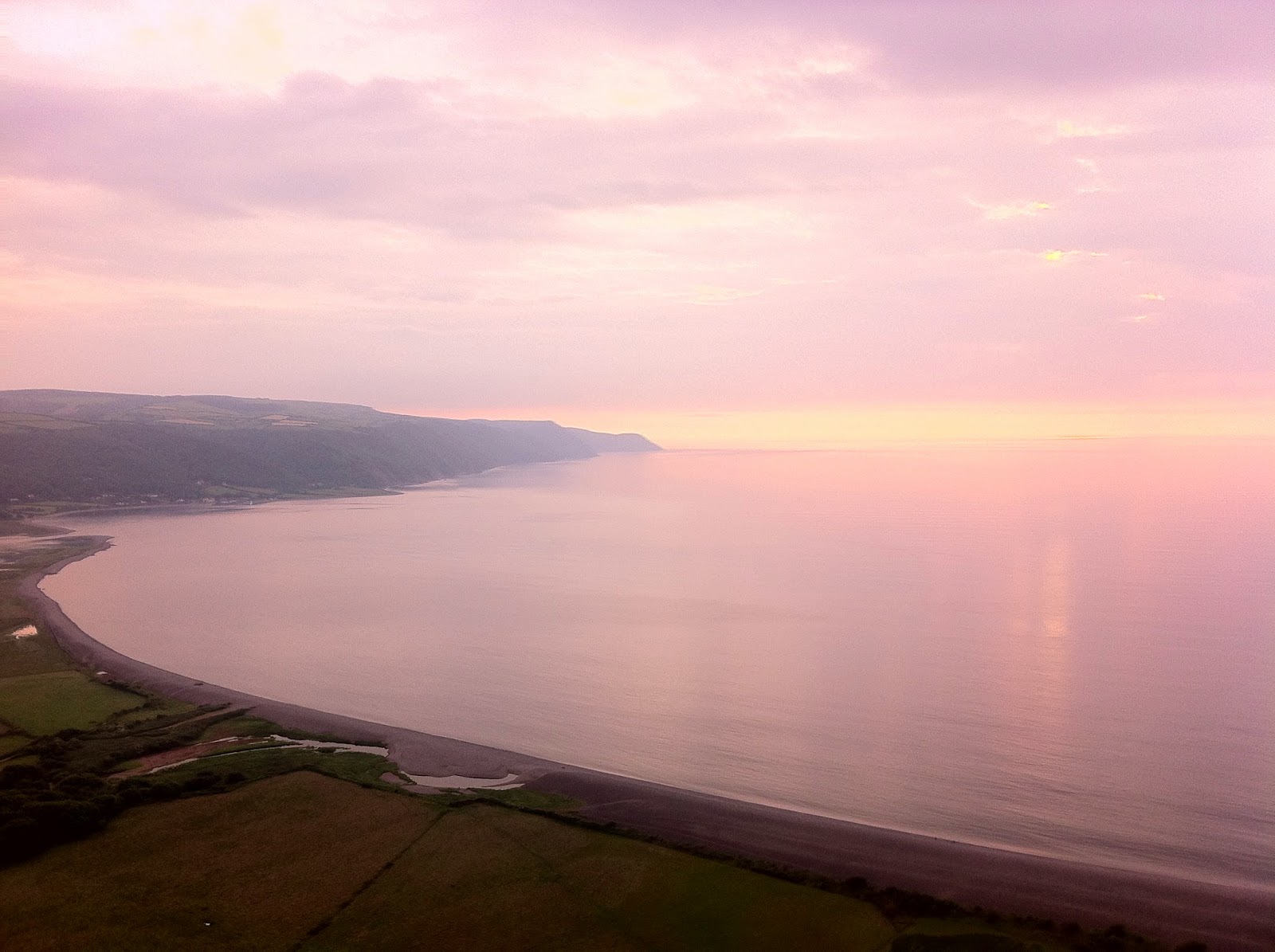 A great descent down to Bossington and over to Porlock to ascend the Toll road, a case of gentle spin with draggy 2" mountain bike tyres but at least you get to enjoy the views even more and I just had to stop to take pics which broke things up a bit. 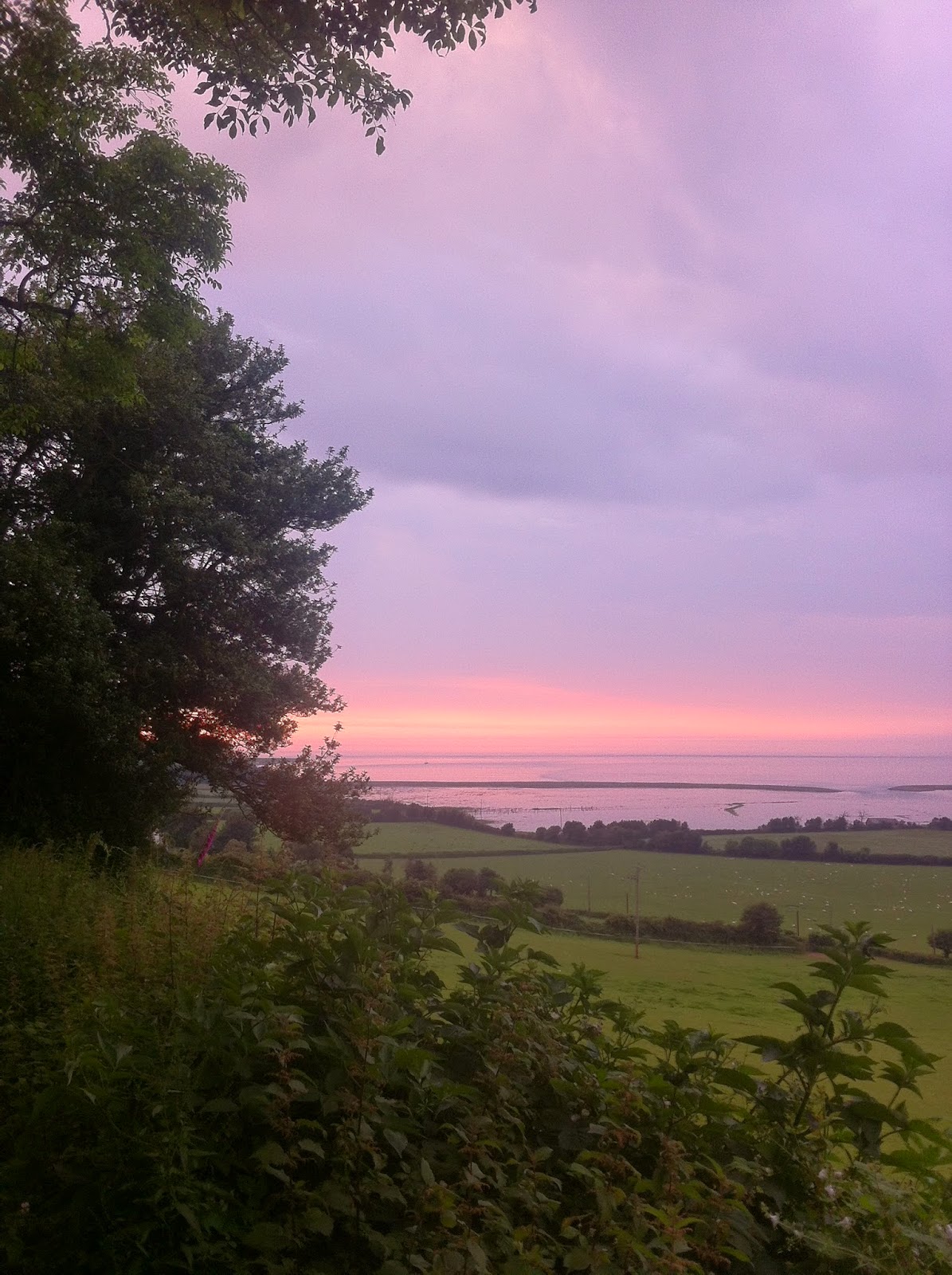 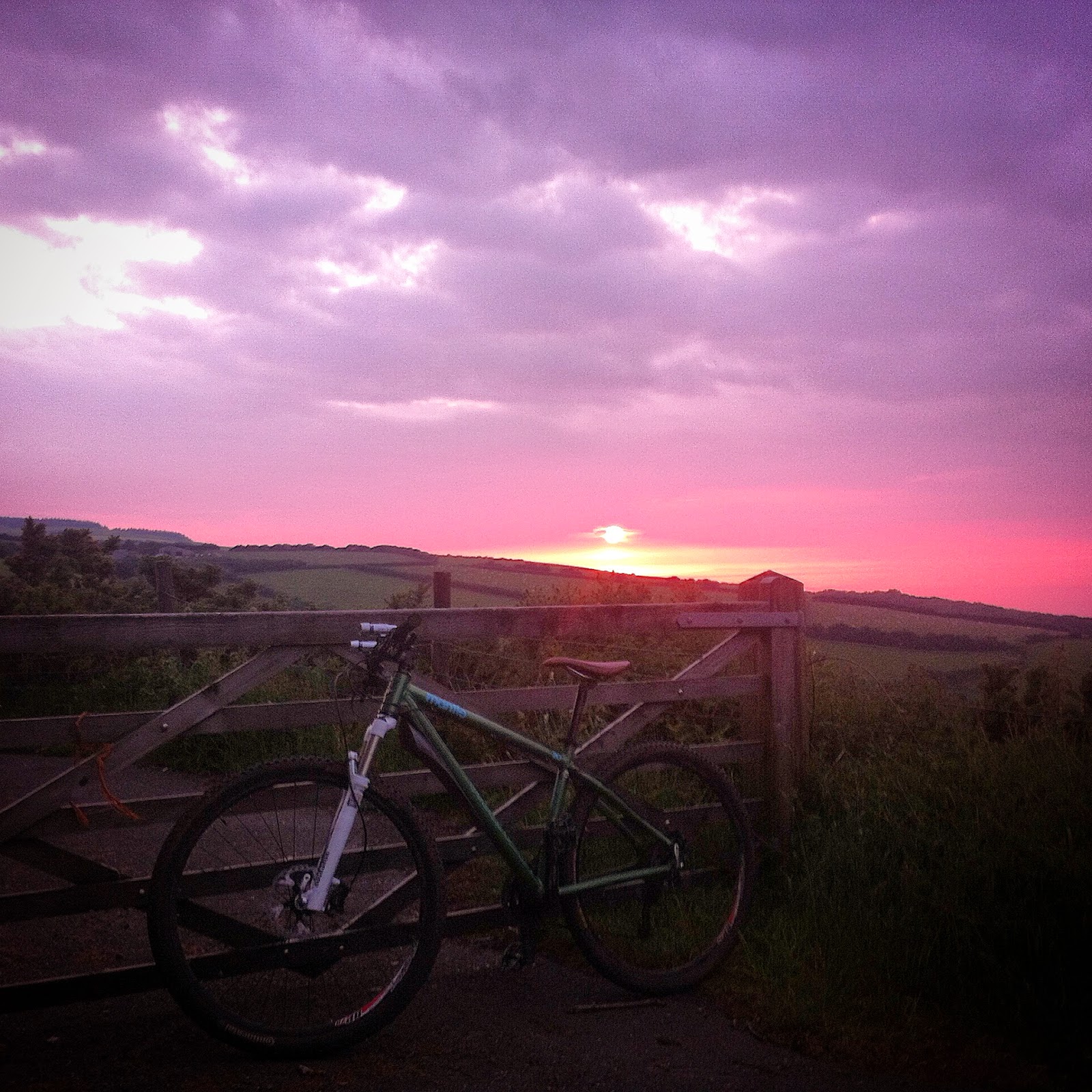 The sun looked awesome now, my phone couldn't focus on it so the pictures don't do justice but it was a good place to be, physically and mentally. It was still pretty light as we headed along the road towards the beacon but the cloud rolled in and darkness descended. Deer, ponies and great big hairy cows in the darkness as we spun along, it was awesome and the cheap lights worked a treat I even got a pb on the climb up to the beacon. We were hoping for moonlight and stars but we got low cloud so discretion being the better part of valour and having got to where we wanted to go, which matters ;) we headed back along the road. A totally brilliant ride. 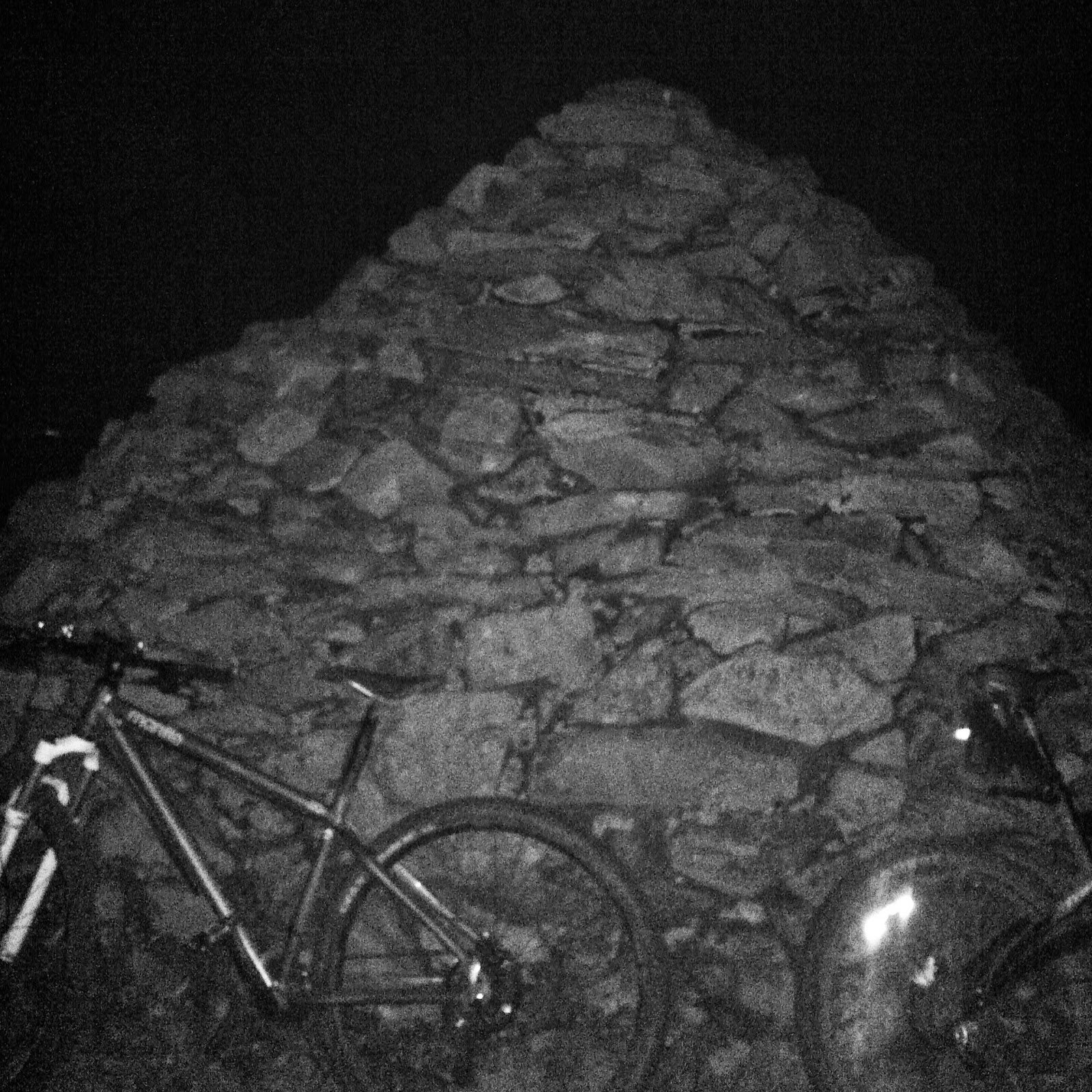 It sure was a fantastic ride and blog, cheers n heres to the next one