This week has been a good week, riding bikes with mates, realising how far I've come and riding bikes, did I say that already? In an effort to ride somewhere we hadn't for a while Bonus and I headed to Wimbleball lake which is now a Country Park apparently. They've done lots since I last visited, little pump tracks for kids (and big kids!) an activity centre and a big high ropes thing which looked scary. We parked up next to a very cool Citroen DS, got sorted and headed off around the lake. 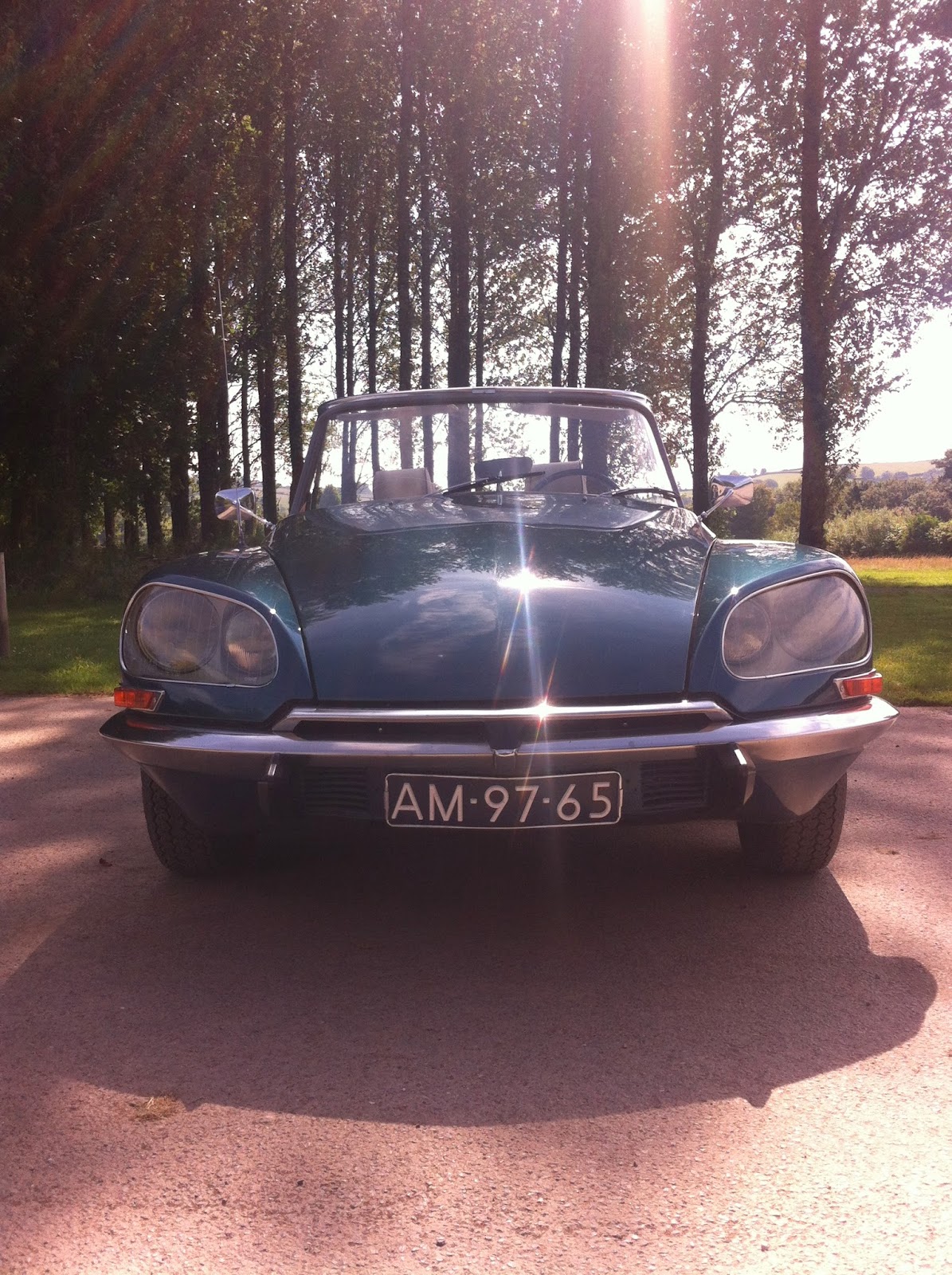 Last time we rode here I distinctly remember pushing my bike up hills from the get go, this time we were just spinning along enjoying the view. As we were making such good time we took the opportunity to check out the ruins of the abandoned church at Upton. I think Bonus was a bit disappointed we were making such good time, he suggested doing two laps, but only suggested! 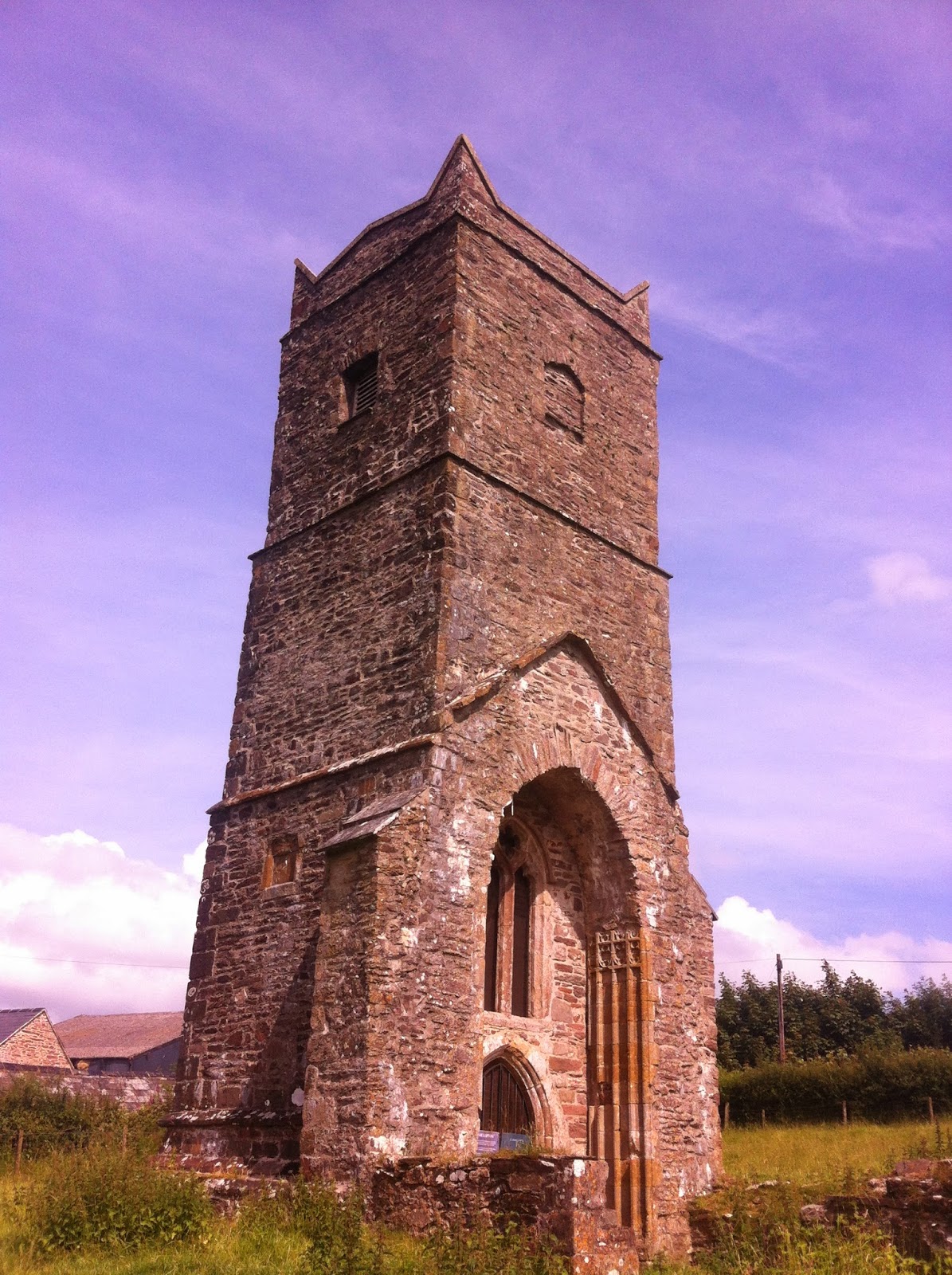 It's a very different part of Exmoor compared to where I usually ride, lots more trees and green rolling hills but just as beautiful. Loads of tucked away pretty cottages, my retirement residence list gets longer every ride. 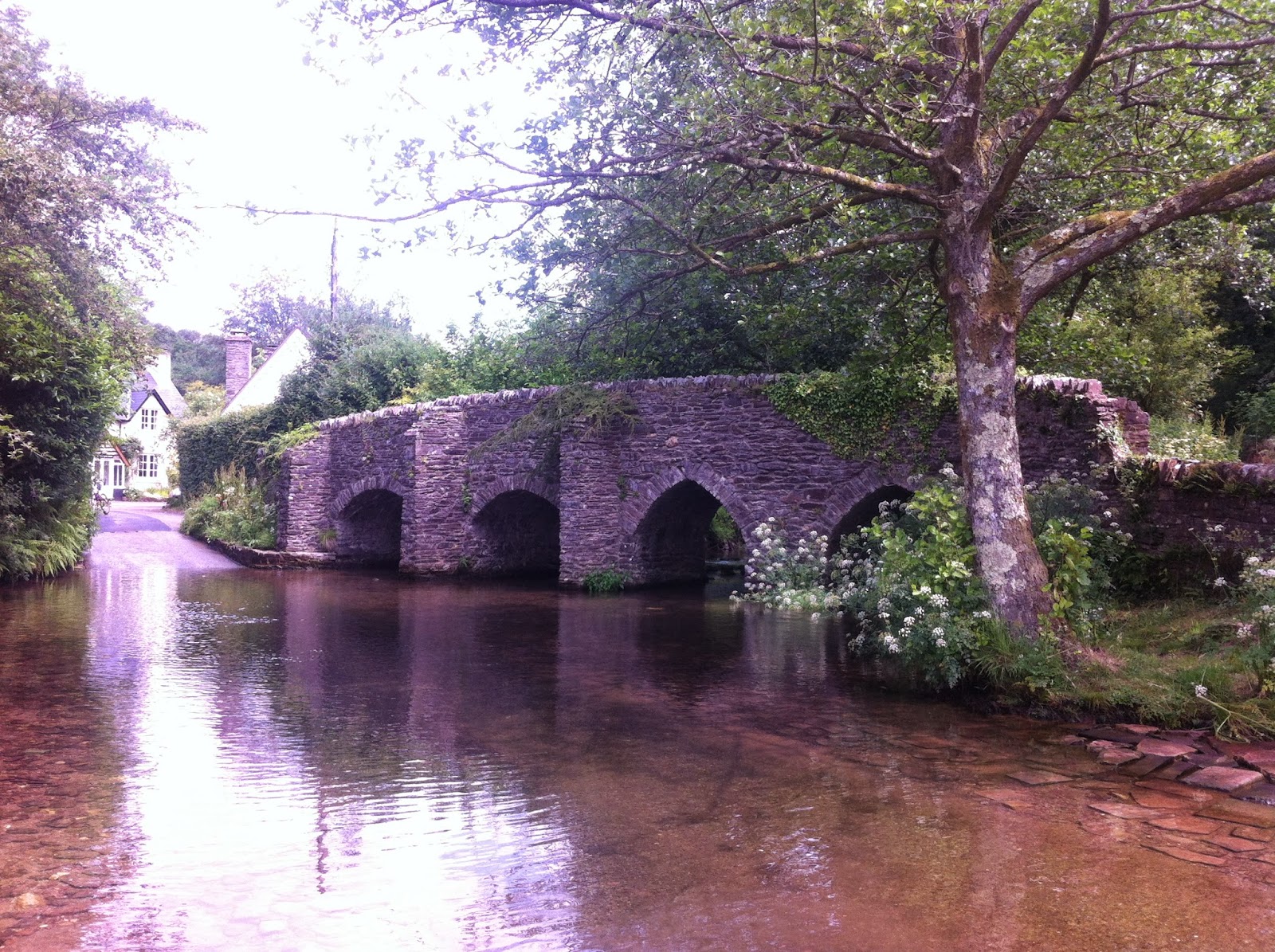 After the only interesting descent of the ride, an overgrown sunken track between the hedgerows which basically turns into a river we were soon back at the lake. The dam is being re-grouted (yes really) and after a steep road climb up to the dam we were faced by fencing blocking off the route across. It was only temporary fencing so we temporarily moved out of the way, no one in a high vis vest and a hard hat came chasing after us, so no harm done. A gentle spin back towards the car park and a couple of laps of the kiddie tracks (had to be done) we were back at the car, we felt a bit flat. I commented to Bonus that this ride was testament to how far we've improved over the last few years and we should remember that, so we did, over coffee and cake :) 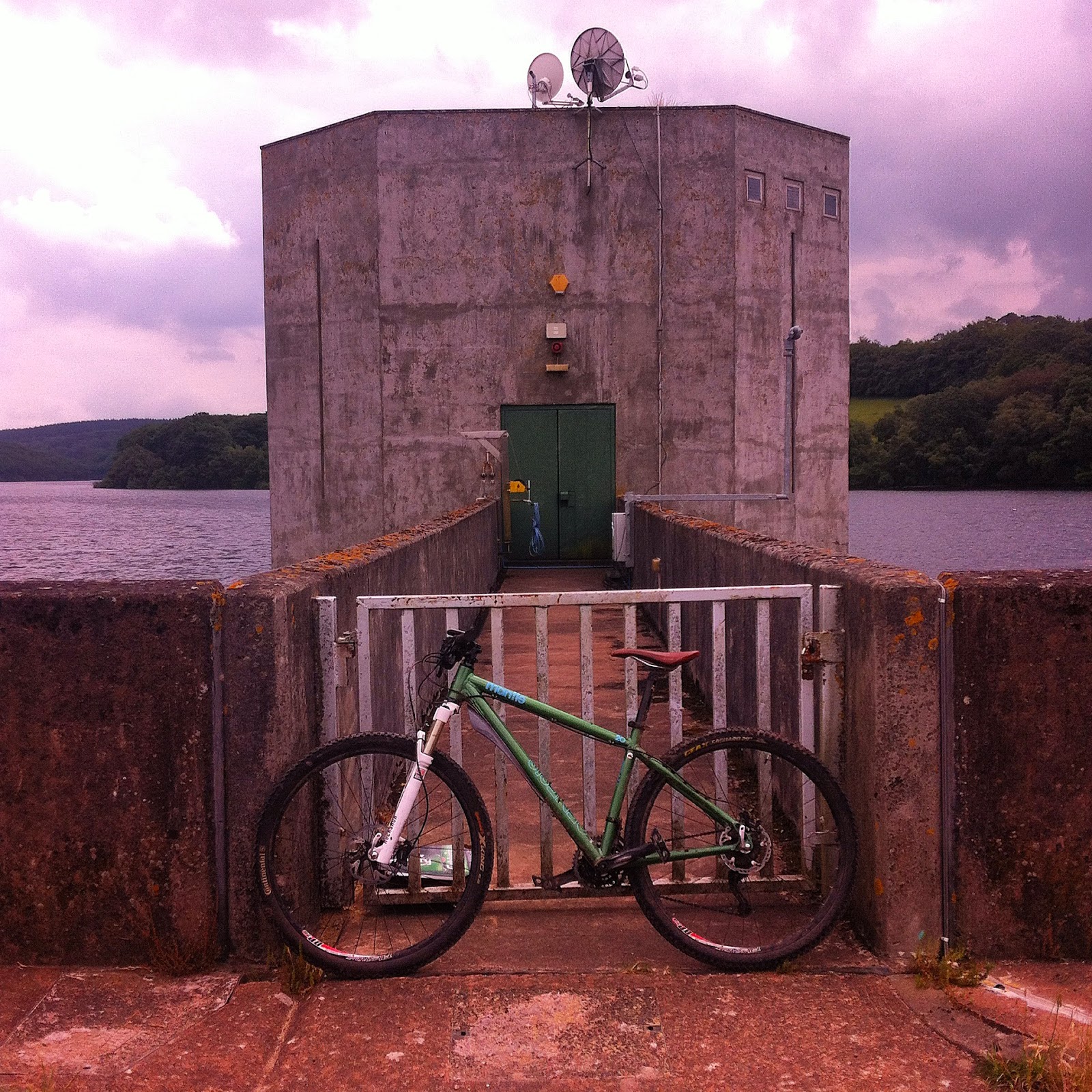 On Wednesday my mate Jennifer came over for her annual pilgrimage to ride up the Porlock Toll road and see me, hopefully. I won't bibble on as she's written a far superior blog all about it and took some lovely pics. She's the first to admit she might be struggling up the hills at the moment but there's no staying with her on descents, her eyes lit up when I suggested we head down Porlock hill! My gps gave up the ghost so no stats but that didn't matter it was a good ride with a mate.

Today. after enjoying(!) a drive along the A39 in a fruitless search for a bicycle repair stand from a German supermarket I decided to head out for an afternoon mtb spin. The sun had gone in but it was still warm and I made it up as I went along which meant it turned into a hard hilly loop after the last couple of steady rides. 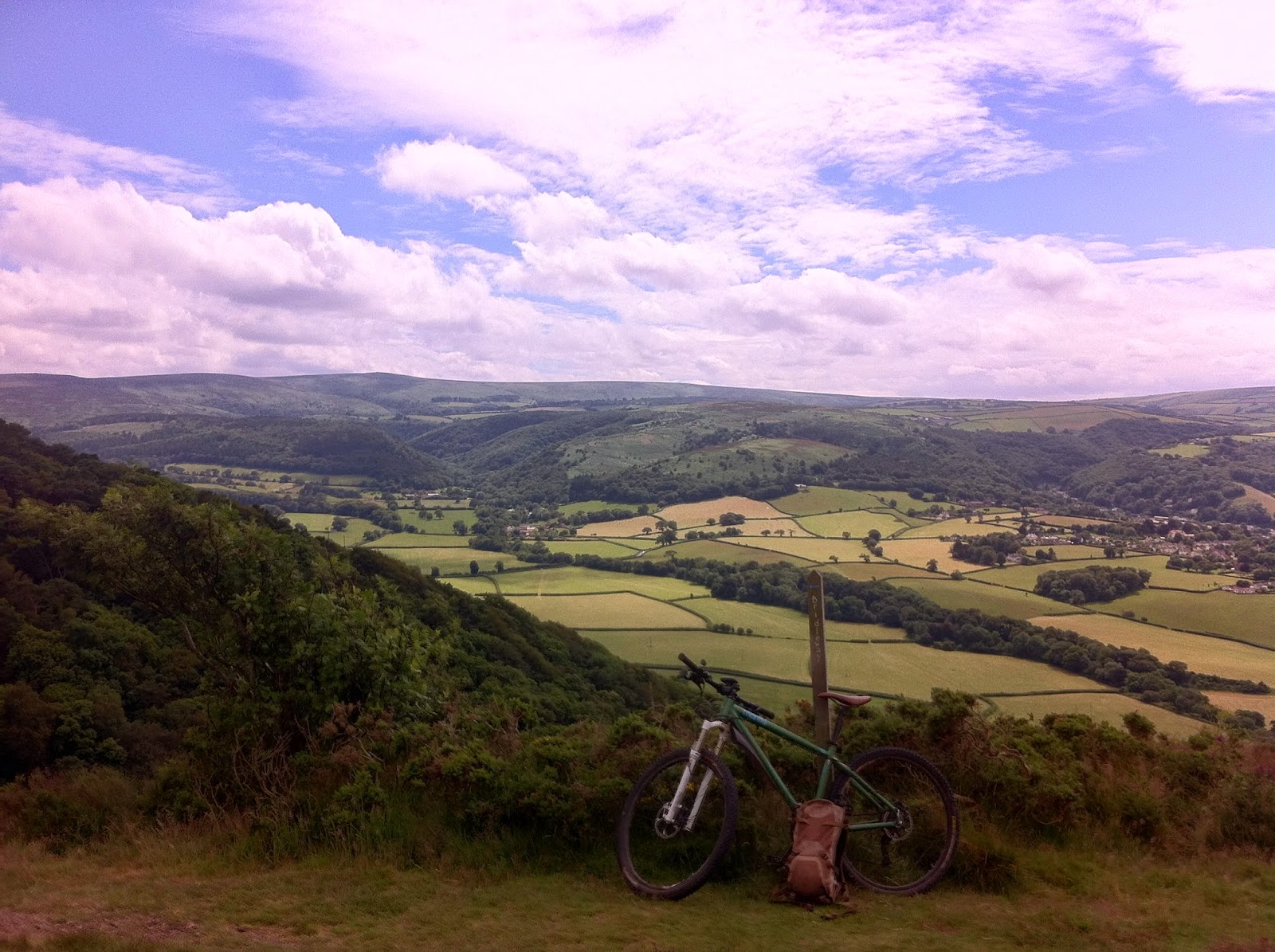 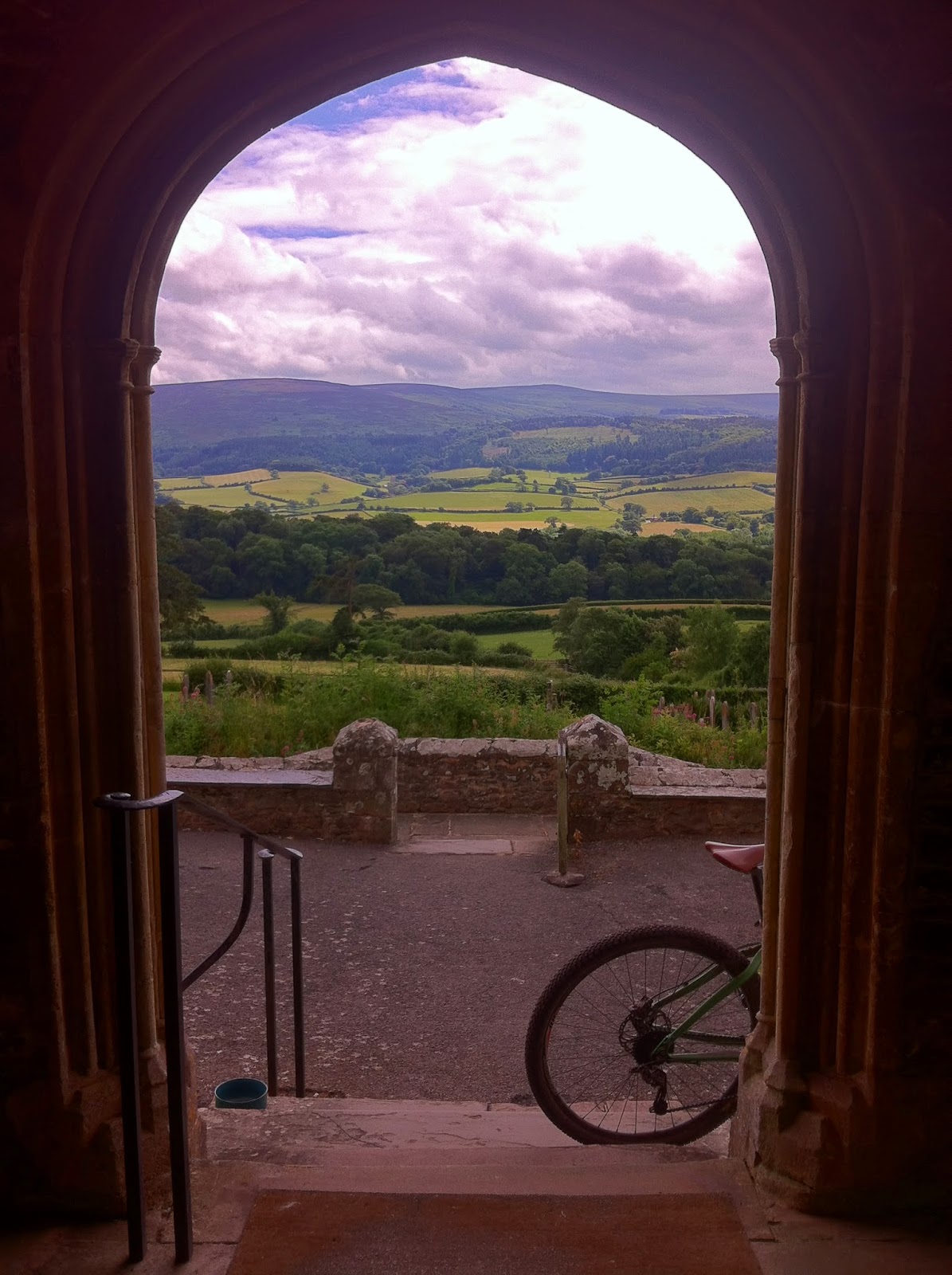 I felt good, the views were as ever stunning and I got up the hills far better than it felt at the time. I must remember if it's hurting I must be trying harder :) 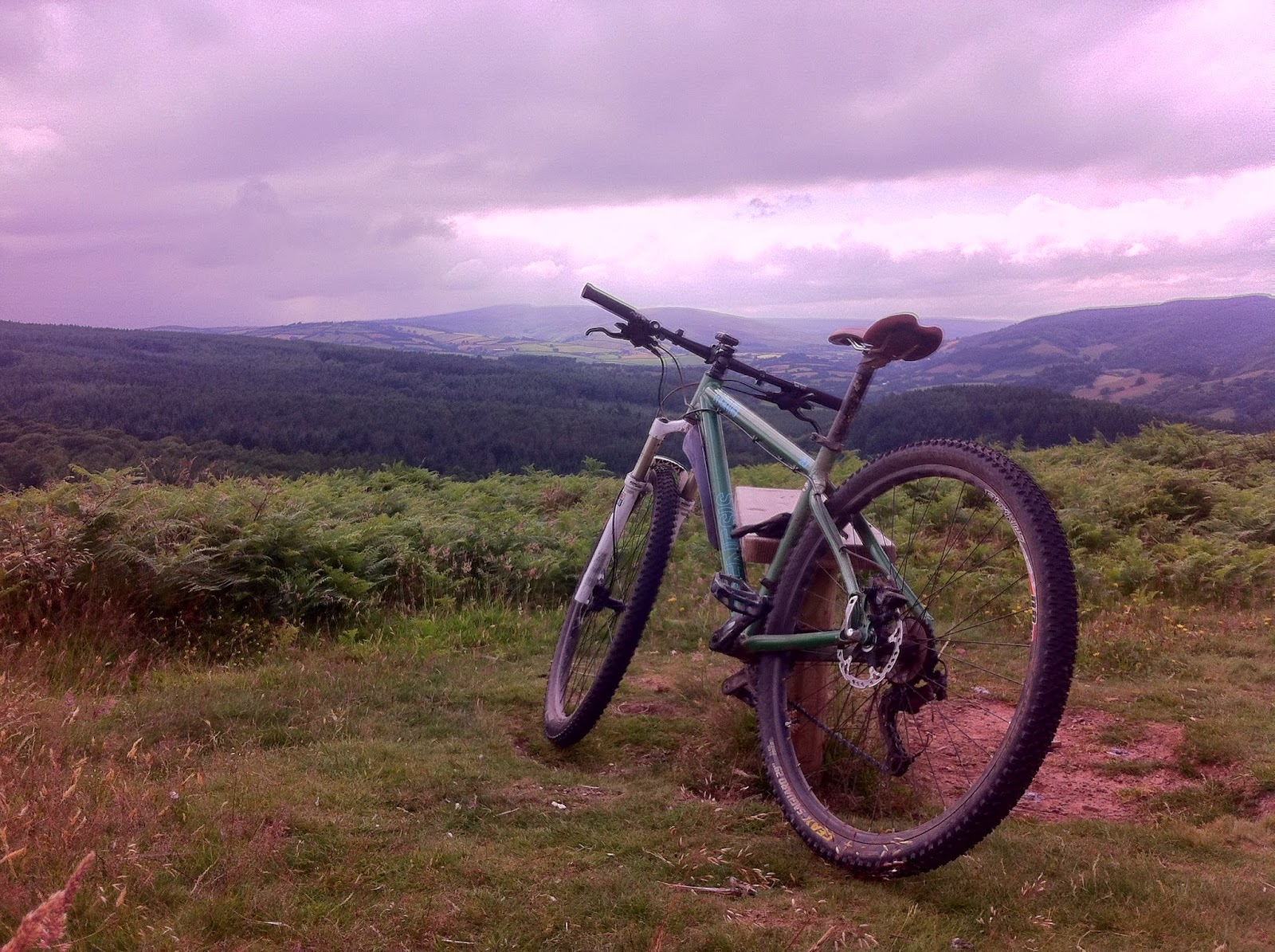 The heather is starting to bloom on North Hill which adds purple loveliness to the hillside and you can't go wrong with a bit of purple. 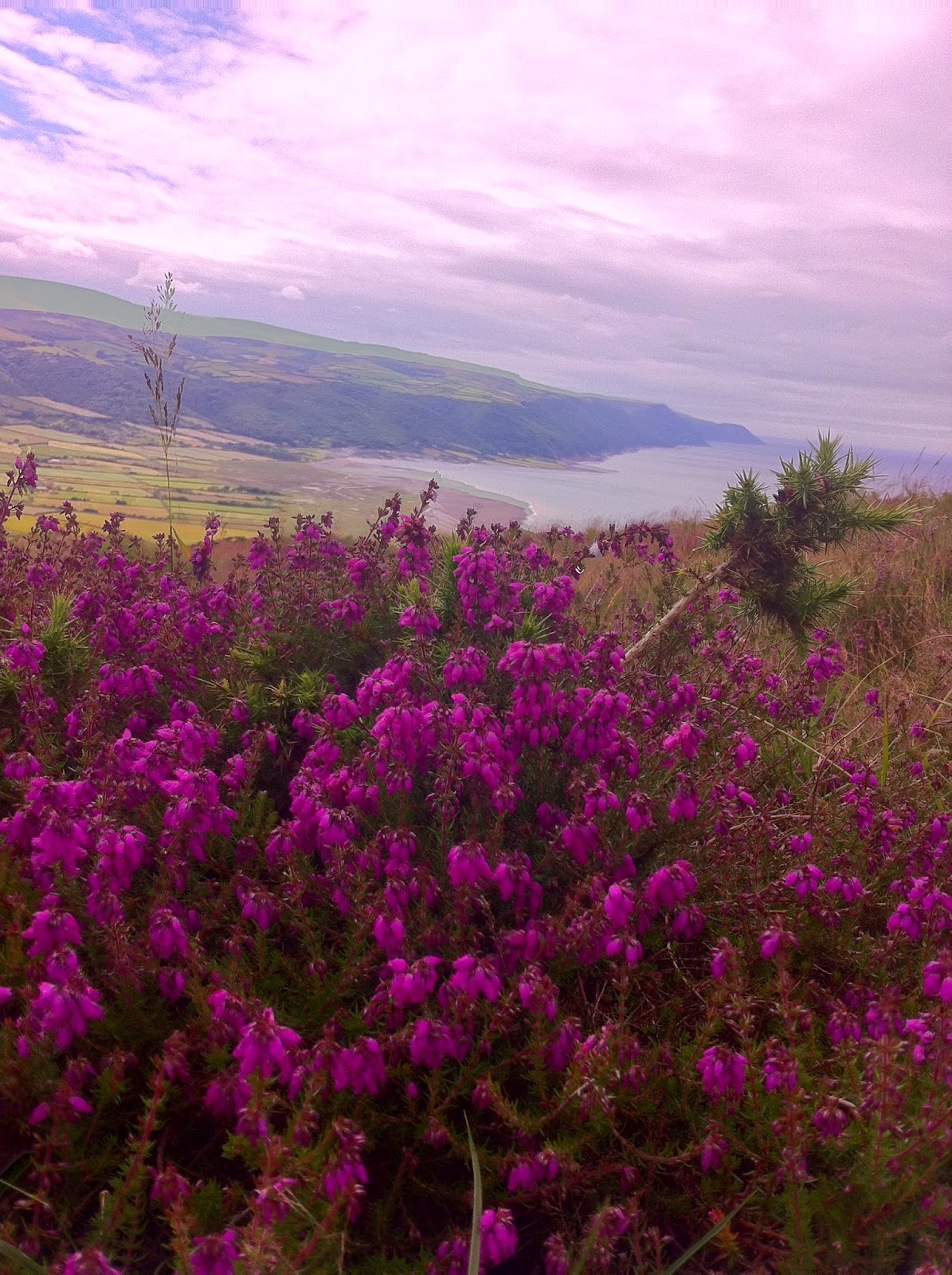