Well, it's getting dark earlier, the rain hasn't seemed to of stopped for a good couple of weeks and the roads and trails are covered in debris. I heard somewhere about it being a late Autumn so the leaves are falling off the trees later than usual that plus the wet weather equals mulch everywhere. If in doubt I always opt for the mountain bike in these conditions, grippy tyres and quiet trails away from roads always seems a good idea. I know some people lock themselves away for the winter on their turbo trainers but I've tried that, it's not my thing. It feels like torture to me, time stands still and you're on a bicycle not actually going anywhere which also makes me feel weird, perhaps I have motion issues? I'm sure it is supposed to be like torture, make you sweat and work hard for when it brightens up and you leave me behind because all I've been doing is trundling about on a heavy mtb.

It wasn't raining today though and the wind was non existent at least down at sea level as I set off upwards towards the moors. Off exploring today, rough idea where I was going but somewhere I'd not even visited before. First descent of the day summed up most of the ride, leaf and rock strewn washed down by the rainwater with the added obstacle of freshly dug rain channels to negotiate. The next ascent along Dunster Path was a challenge, very wet, very rocky lots of catching pedals and tyres slipping, anyway shin scars are a mountain bikers badge of honour but it's a good job I've got decent clearance on the frame! 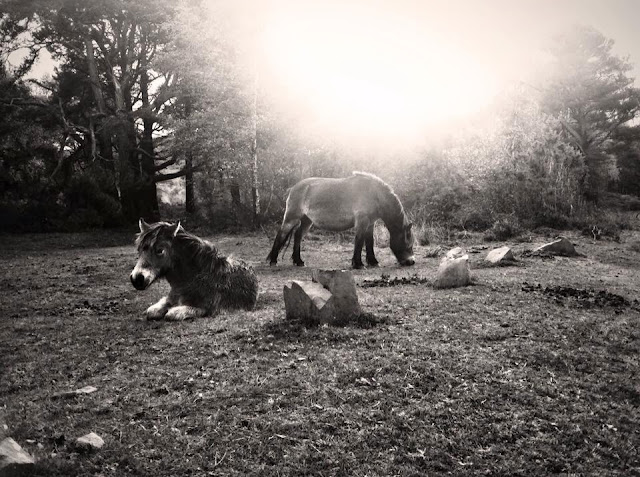 After Webbers Post and nearly getting swept away crossing Cloutsham Ford which was very deep, axle height, who needs chain lube, I took the road up and past the farm. I chose this way because I wanted to visit the little church at Stoke Pero.  I'm not religious but I do like a bit of History and apparently it's the highest church in England which also means downhill time. 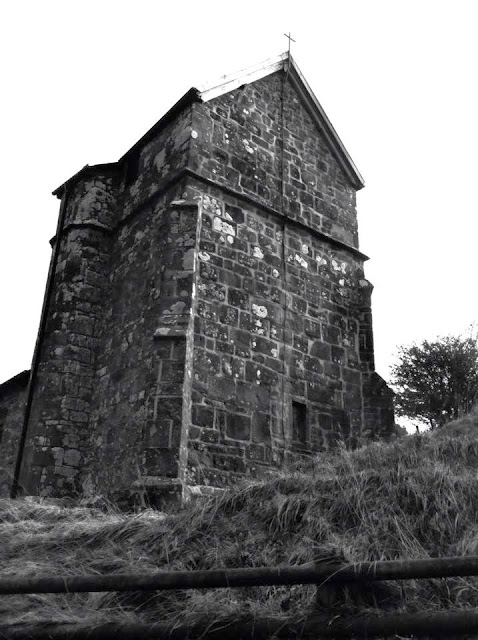 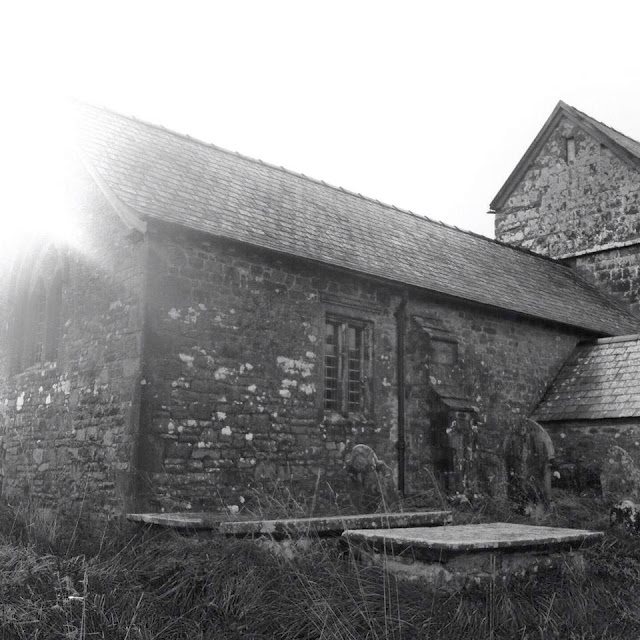 The trail down to the river was brilliant, steep and narrow through the trees and down to the raging river and across the bridge. A nice steady spin alongside the river through to Horner and along the road to Allerford, more up, too many tracks to choose from. I zig zagged my way up, hard work under the trees in the mulch and some poor route choices didn't help which meant the odd push until I got to the top of the hill. A welcome breather in the sunshine at the beacon then it was all downhill to home down through more zig zag paths to the harbour.

Very wet trails but at least I was out on the bike on Exmoor and that really can't get much better? 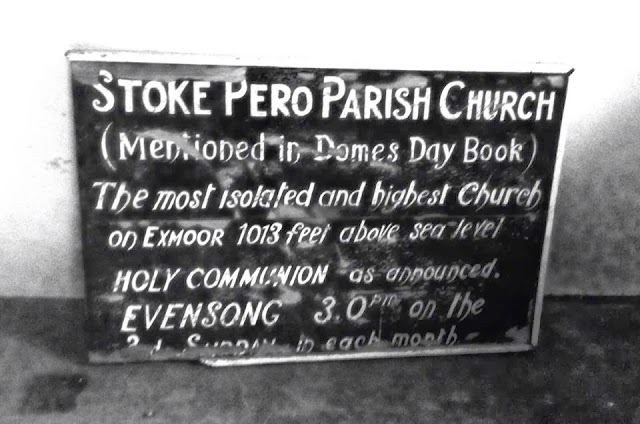 Monochrome so apt for Stoke Pero. To me it only seems to have colour on a sunny day.