Rain, rain why today of all days, it was lashing down when I got up which put me in a particularly stupid and grumpy mood. It was Exmoor Explorer day, my first ever organised cycling event many years ago, this is about my seventh now I think. This year it was based in Minehead which was handy for me as it meant I was only a five minute spin from the start at the rugby club. It's a new route every year and for the last couple of years the organisers haven't posted a gps map online but made everyone wait to the day to view the route. 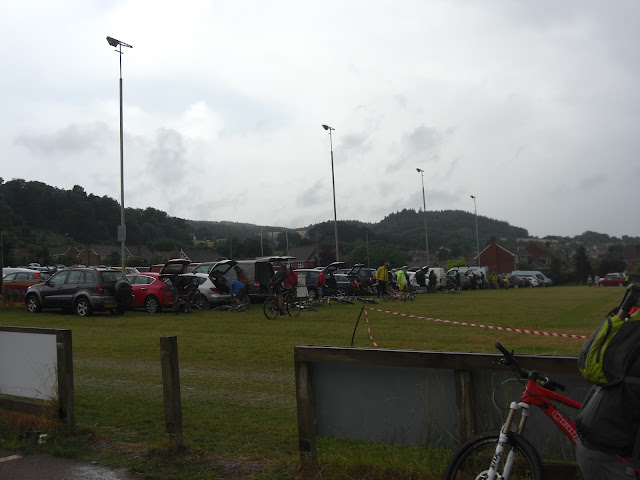 It was raining heavier though as I looked out of the window, No1 was going to do it then he wasn't then he saw the rain so he didn't. I seriously felt like bailing but what else was I going to do so I got the bike out of the shed and donned my boil in the bag waterproof and headed off. I bumped into a couple of fellow cycle club members on the way also doing the ride, one was wearing sunglasses, he was being very optimistic! Registration took all of a minute and I went and looked at the map. All my rides up to Dunkery  this year have served me well as the route was heading up and over that way. Perhaps I subconsciously guessed the route or someone has actually read my blog and borrowed the route, wishful thinking eh ;) Four hundred or so of us lined up ready for the mass start I even bumped into a Bob a twitter buddy, hard to miss on his classic bike. 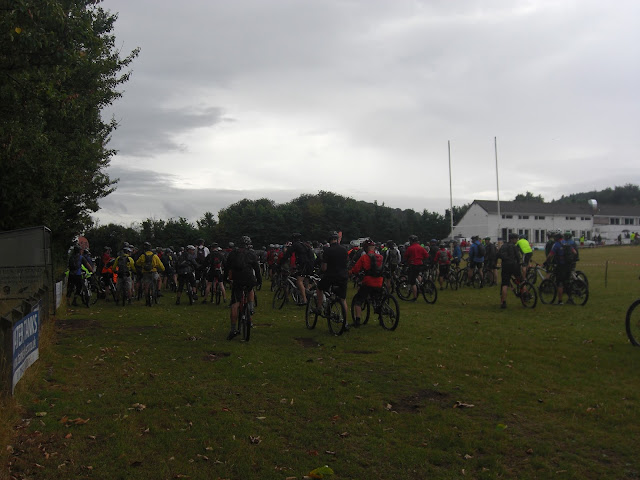 Slow going for the first mile or so, the first climb was quite early into the ride and resulted into a crowded walk in the country for a bit. I tried riding but found my way blocked by a couple of chaps having a chat walking along who didn't seem to understand my request to please let me pass, must of been my rough northern accent? Once on the ridge line I got some space but had to stop to remove the jacket, I think I was starting to get overcooked. The first downhill of the day is normally quite a rocky route in the dry but with so many riders heading down it the front runners acted like sweepers clearing a line down. Then it was up, a bit of road for a bit then green lanes and fields to the lower slopes of Dunkery. Jacket back on, the rain was just hanging there, I was already soaked I just needed a bit of insulation. 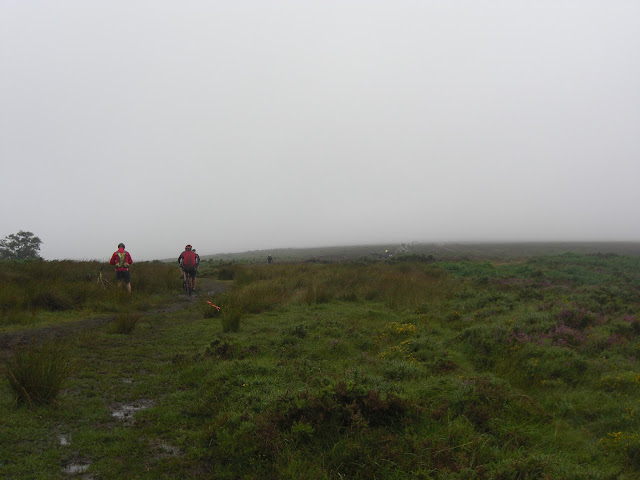 Onwards and upwards through the rain, for some strange  reason I found it very therapeutic slowly spinning up in my own little world, perhaps the wind and rain soothed my inner demons? Short bit of road, jelly babies at the checkpoint then the climb up to the beacon, wind and rain in your face and it stung. The ride down was like navigating a river, pick a line and hope there wasn't a great big hole hiding beneath the water, I was soaked to the skin, nearly at the tea stop. I've never tasted such a welcome cup of tea and the flapjack was as gorgeous as ever(because oats are important). I didn't hang around for long as I started to feel the chill and wanted to crack on and warm up again. A boggy traverse of the moor and some more ups and downs, it's hard riding the boggy bits, energy sapping and you never know when your front wheel might disappear into a deep bit and throw you over the bars, luckily not this year but it's happened before. The trails up and down around Cloutsham were great and I've never ridden them before, the mud and water just made them more interesting. I tried taking some more pics at this point but the water had got to my camera.

Another checkpoint then the descent down Dunster path, rocky, muddy a bit like most of the ride, but I've ridden down here many times and always enjoy it. A bit on the road and the then what I thought would be the last climb of the day, I really should pay more attention when reading maps. It's about a mile slog up a fireroad, they even chucked in the steeper end bit but I was determined not to walk, like I did with all the ups today, I think I actually like going up hills, does that make me odd? On my stamping ground now and a descent down a track cut through the trees and then a descent down to Alcombe Combe and what I thought would be a steady spin back to the finish. Wrong, another hill, a quick spin up though and a nice descent back to the road and down to the finish. Four hours thirty, not the quickest, not the slowest but so glad I rode, I really enjoyed the route. Big thanks to all the organiser's and helpers who all do this voluntary, great event again. 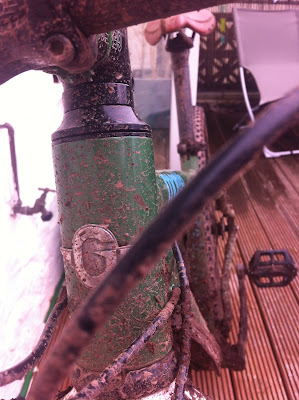