...but they're all caught up in the traffic listening to the weather......

Sunshine, no wind, day off, what's a boy to do whilst people queue in their tin cans waiting to get fuel, ride my bike, that's what. I did feel a bit lethargic as I set off, heavy legs and wheezy lungs, perhaps I should get my team to set up another bike on a turbo like the pros do to warm up but that would mean buying another bike, I can't do that and I haven't got a team unless I rope in the kids.

On the road to Porlock and I was soon warmed up, some nice flat bits to get the cranks turning and onto one of my favourite climbs, if you can have favourite climbs. Porlock toll, I've blogged about it before but now I have the stat menace of Strava I can compare myself against others and more importantly myself. I need a bit of boost mentally every now and again and if I can see an improvement or something to aim for it makes me feel better. I maybe a big ugly northerner but I'm a sensitive soul at heart ;)

It was lovely riding up through the trees today, just me and the squirrels and the odd tourist car, no other cyclists though, just me. After not stopping last time out I was determined to keep going this time too, and was spinning up at a good pace, as I approached the top and was feeling good I carried on and turned onto the main road and rode down to Whitstone post to stop for some flapjack and a drink. The next bit of up is not one of my favourites, its one of those short steepish annoying climbs on a crap surface that seems to make your tyres stick to it. Up that and onto the moor road towards Exford, they seemed to be a lot of traffic on this normally quiet road today and it soon came apparent why. The first thing I saw was the red jacket, it wasn't the entertainers from Butlins doing a random piece on the moors but the hunt and all its followers where out. Someone in a massive 4x4 kindly stopped in the middle of the road to admire the pretty doggies but I wasn't hanging around just in case they fancied a new quarry to chase.

Once I'd passed that I was alone again and made my way to Exford via the Wellshead road, nice and dry today briefly stopping to let an awfully nice lady pass with her horse who commented about it being easier going down the hill on a bike then up it, rather you than me Mrs. Onto Exford for a breather and to take on some fuel of the oat based variety. This is when I decided to change my planned route, I was going to ride over Dunkery again but as I'd enjoyed the ride to Winsford earlier this month I thought I'd give that a blast again. Up the hill out of Exford and onto some flattish roads for a change through Winsford, then back on to the A396, its Paris Roubaix next weekend so I thought I'd do my own little version of the cobbled classic on this main road. Its hard to describe the state of this road but I think it was best put by No1 when we rattled over it one time "its making me want to wee...." 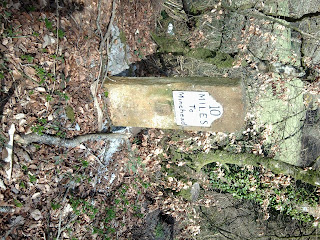 Another stop at Wheddon Cross, it was hot, then down the descent to Timberscombe. Its a great descent on nice tarmac but as you near the bottom the nice tarmac stops and its cobbled classic time again for 500 yards, cycling fairies be warned !

As I rode through Dunster I was joined by another cyclist, it was nice to chat to someone as I rode towards home, he was riding his bike to save using his car, perhaps that's what more people need to do ?

According to Starva I posted my best time up the toll road but more importantly for me I rode up it and kept going.