Up early, no cycling today my less than perfect lungs are having some function issues but hey I can always walk and go and take some pictures. I ventured up to the Brendon Hills to take a walk along the The Mineral Line which has always intrigued me having come across the railway bridge at Comberow some years ago and thinking why is there a railway bridge in the middle of nowhere? It's a very pretty and tranquil nowhere though and somewhere I've ventured to on a bicycle on the odd occasion. Comberow is down at the bottom of the hill though and I was visiting the top today to take some pics at Burrow Farm engine house and the Winding house at the top of the incline.

I parked up in "Naked boy lane" the meaning better explained in this article by Martin Hesp. There was a bitter wind blowing up here you must be a hardy soul (or sheep) to work up here on a bleak winters day. The old track bed is still really defined no doubt grazed by the sheep in the surrounding fields. 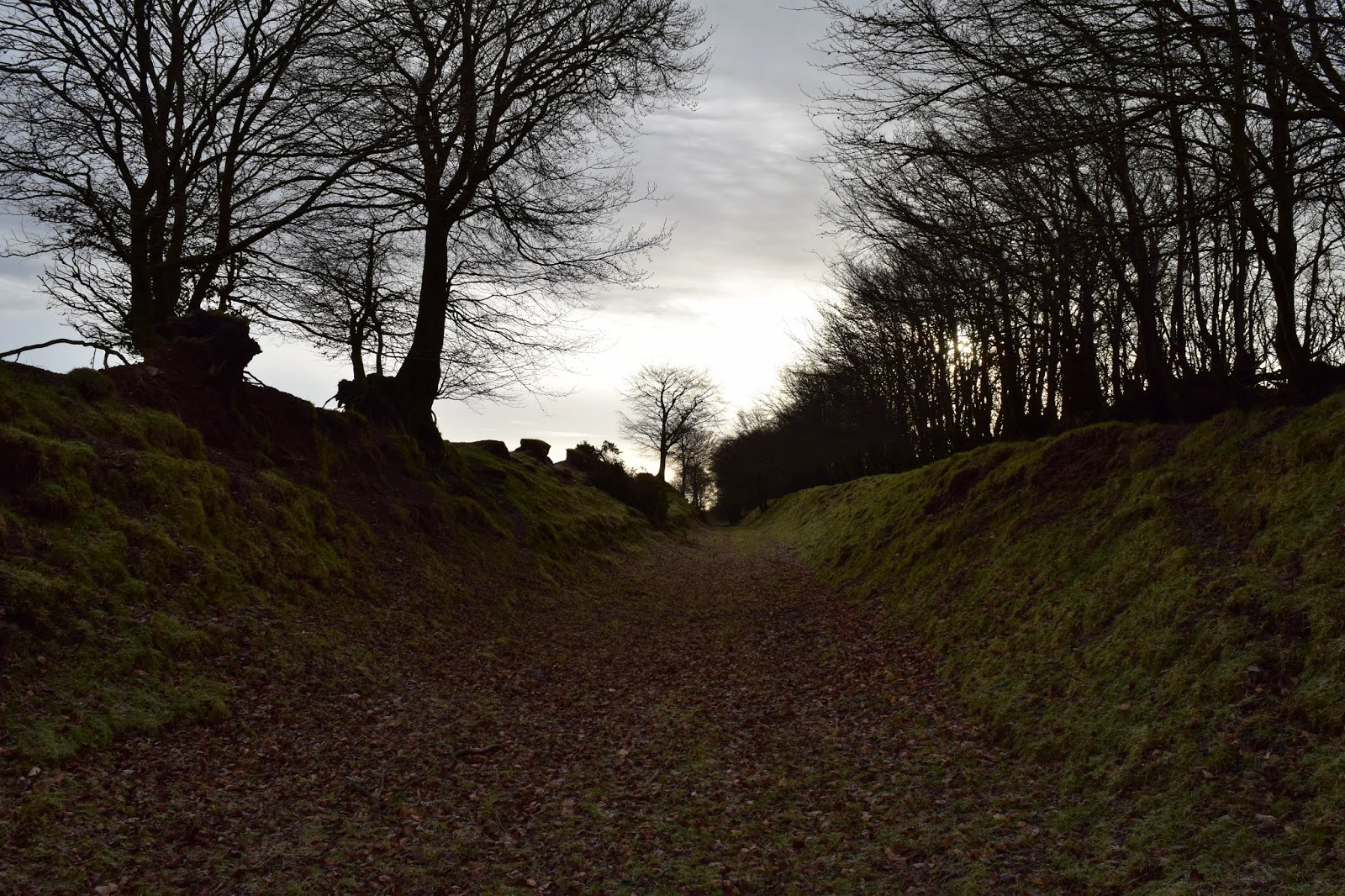 This engine house was originally built in nearby Chargot woods but after twelve years that mine was closed and it was taken down and moved two miles to this site, Victorian recycling? 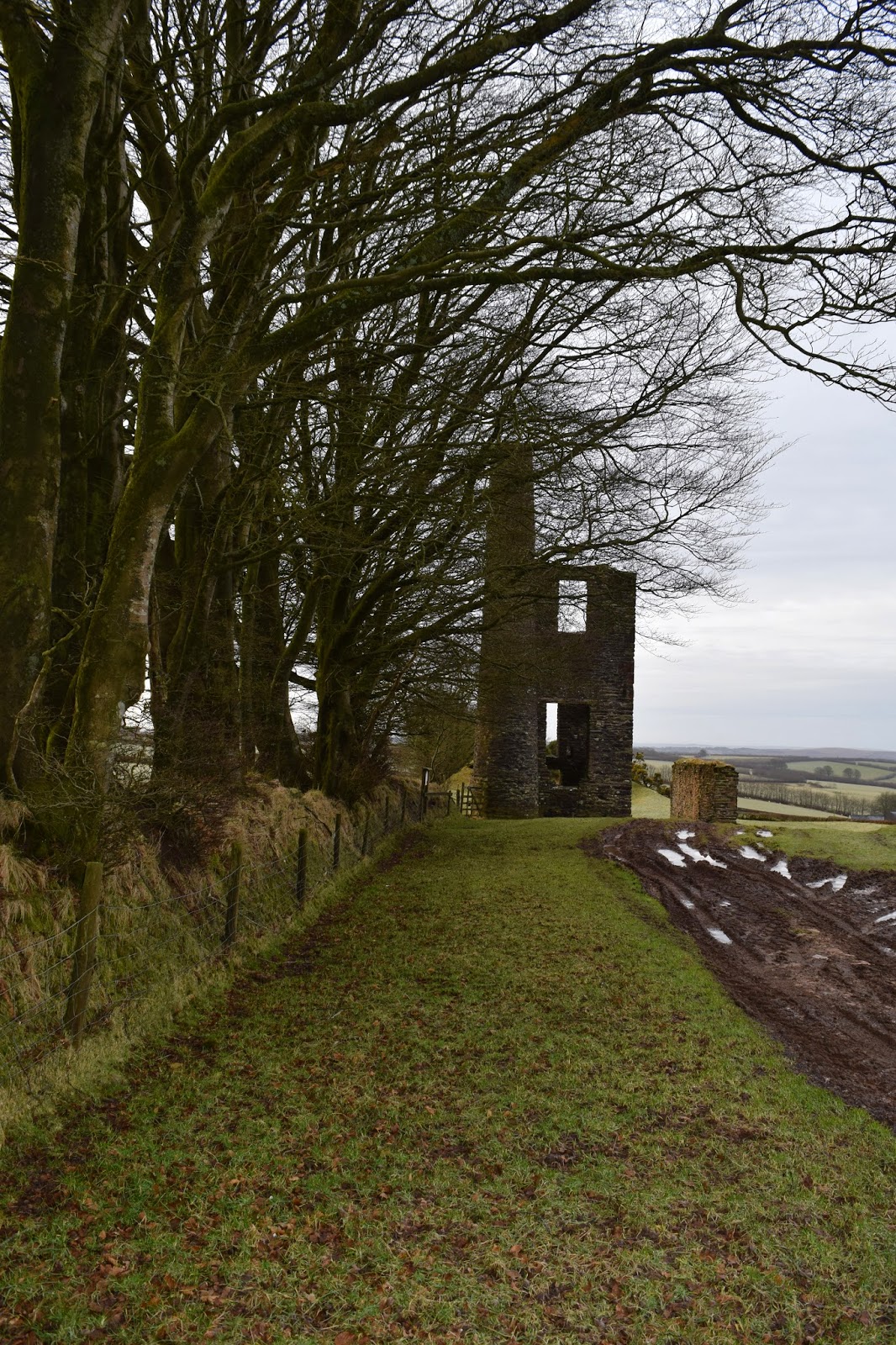 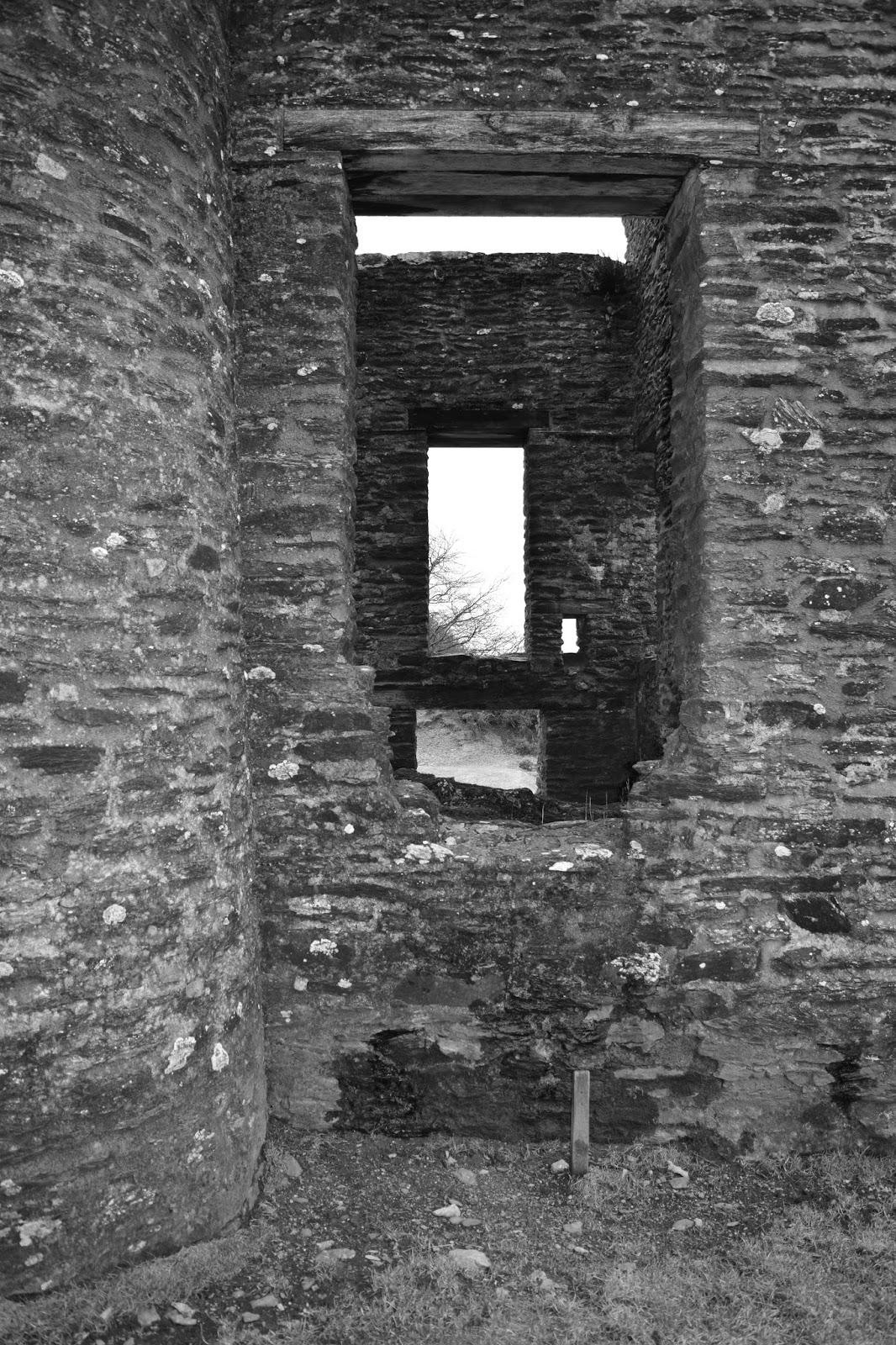 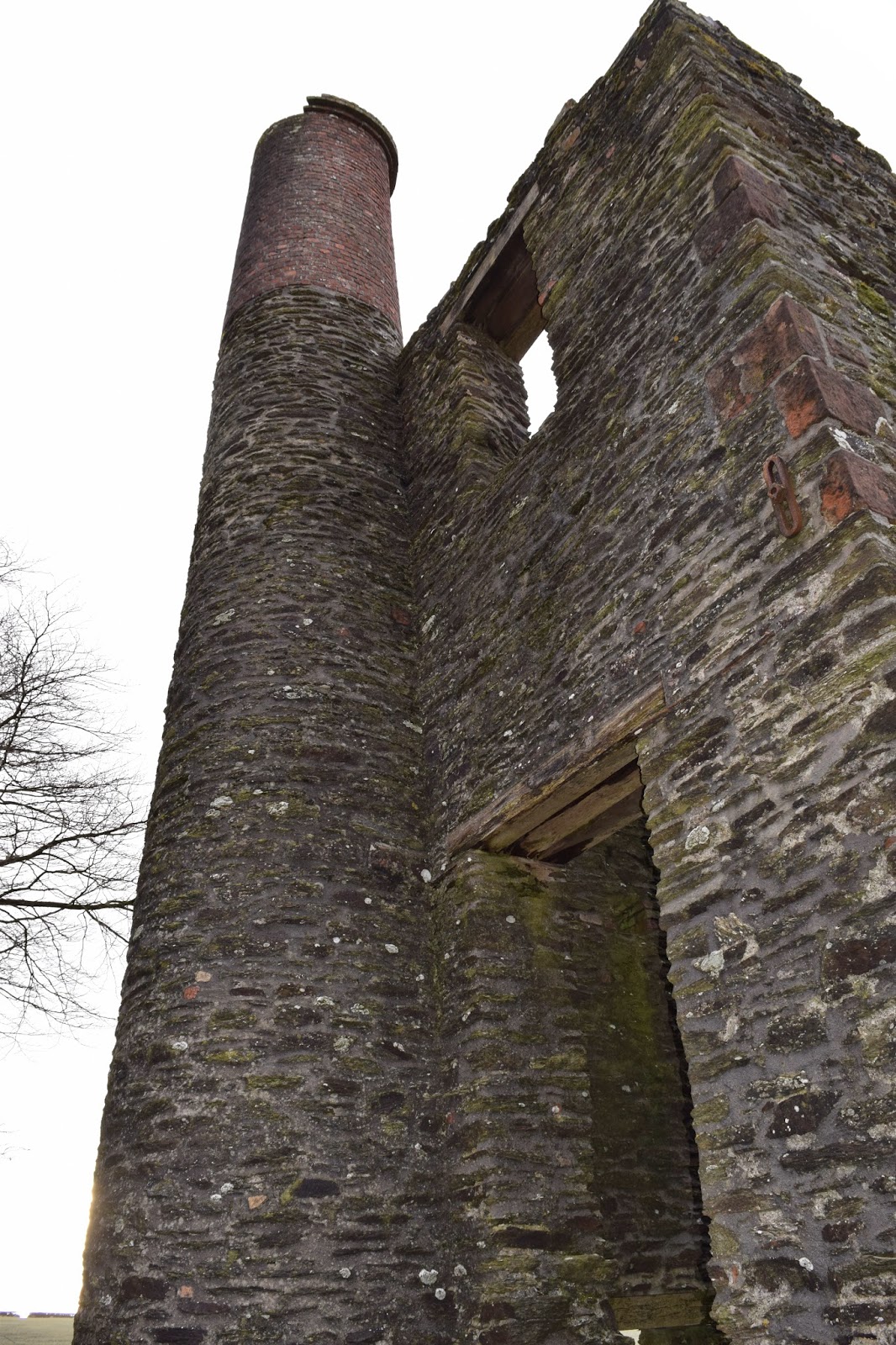 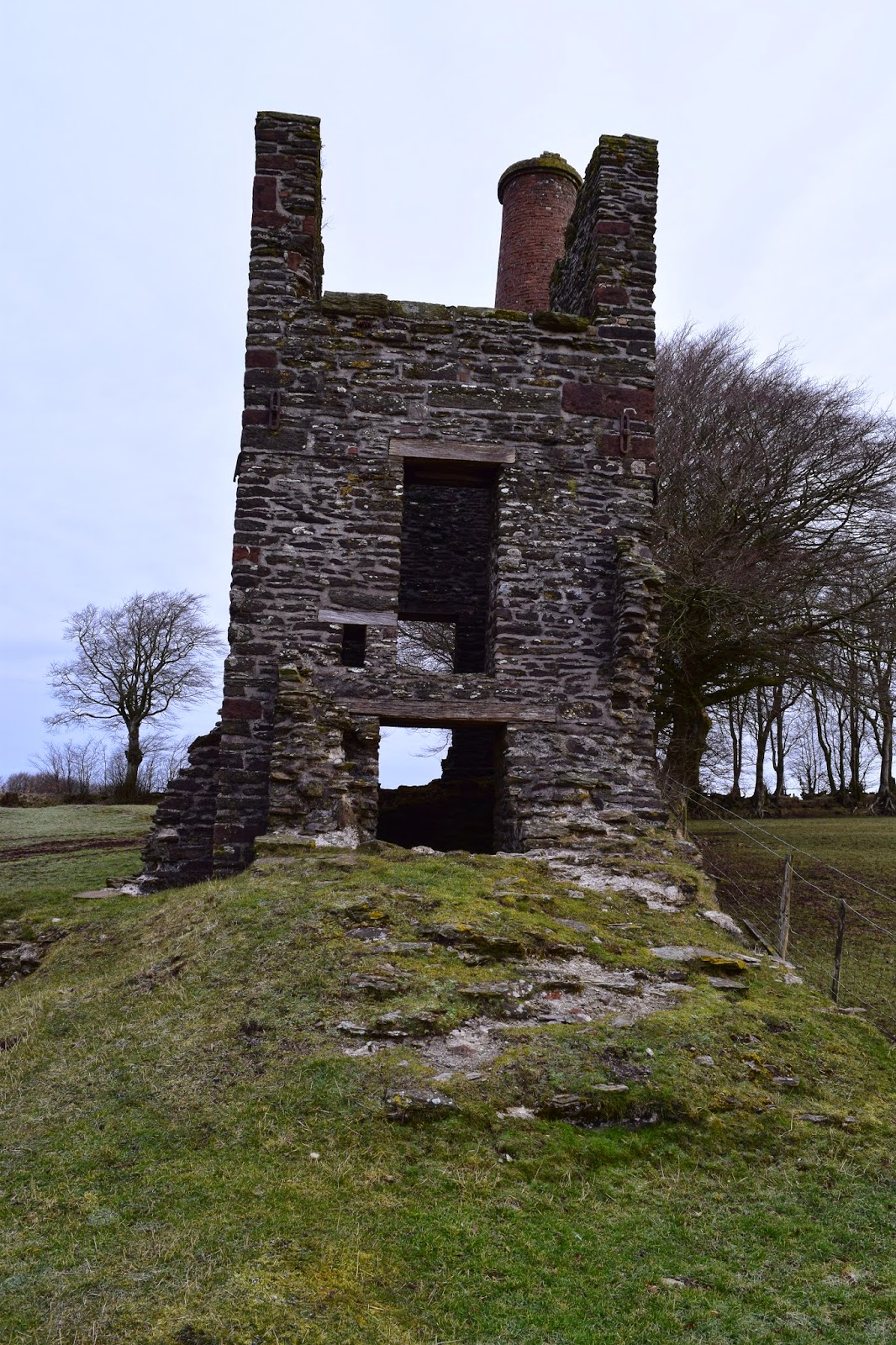 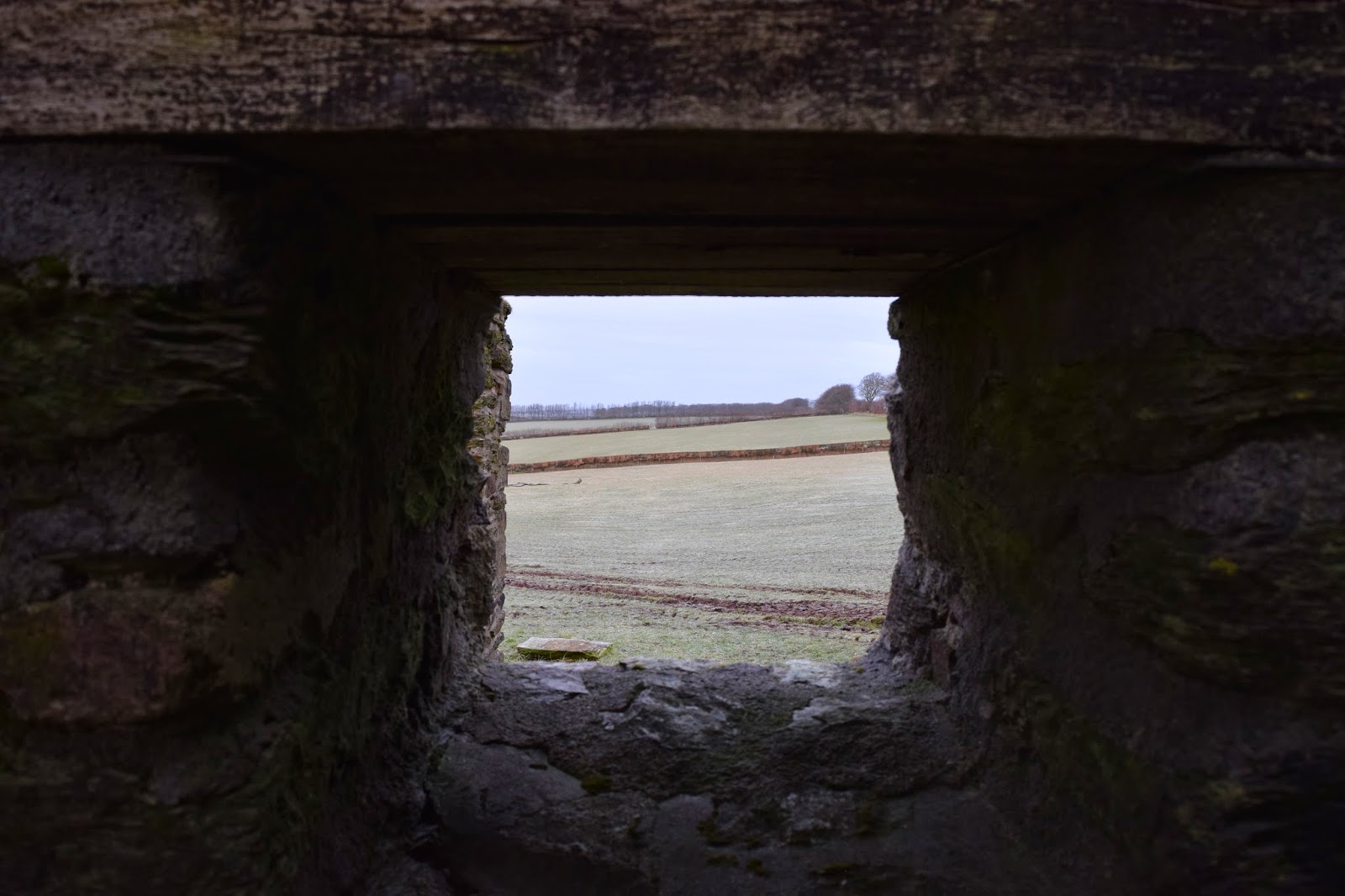 I retraced my steps and not really knowing the area I headed back down the road and onto the Winding house and the top of the incline the 1 in 4 slope, that's 25% for those using metric. The carts were hauled up and down using steel cables housed in massive drums the anchor points for the drums were excavated and still remain in the ruins. Apparently passengers went free, at your own risk! I went a little way down the incline but I think I'll save further exploration for another day as I was puffing a bit walking back up. 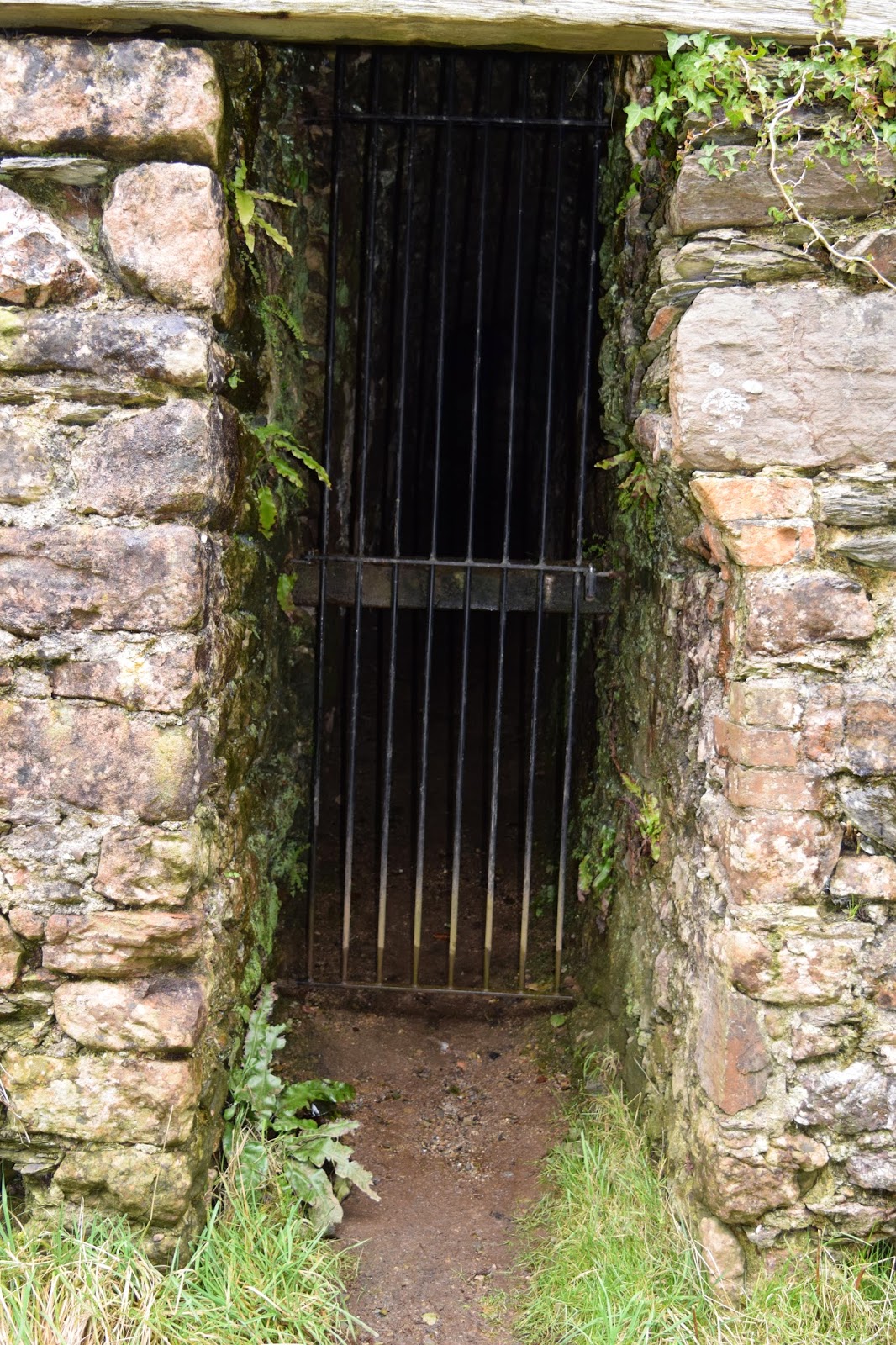 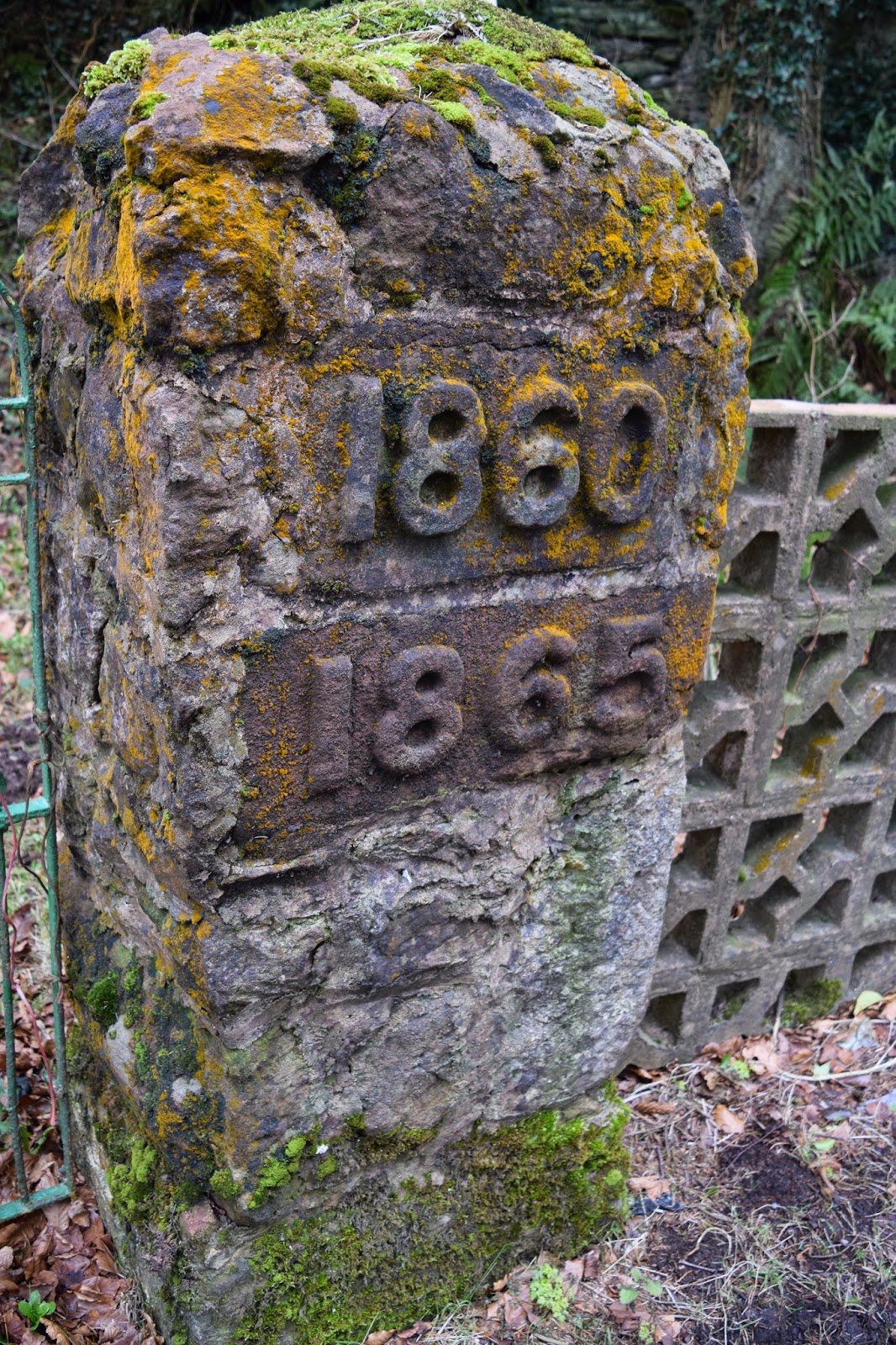 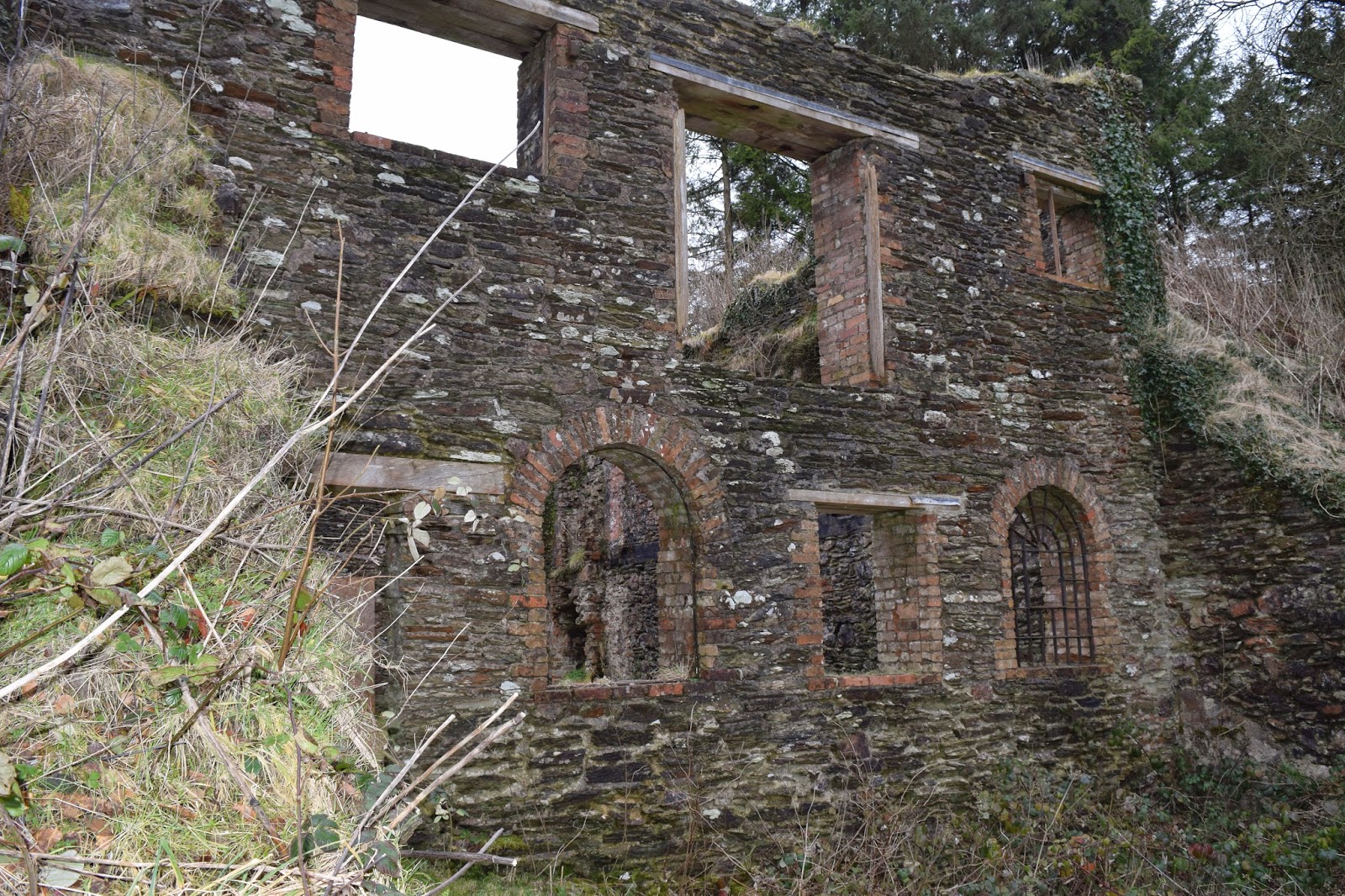 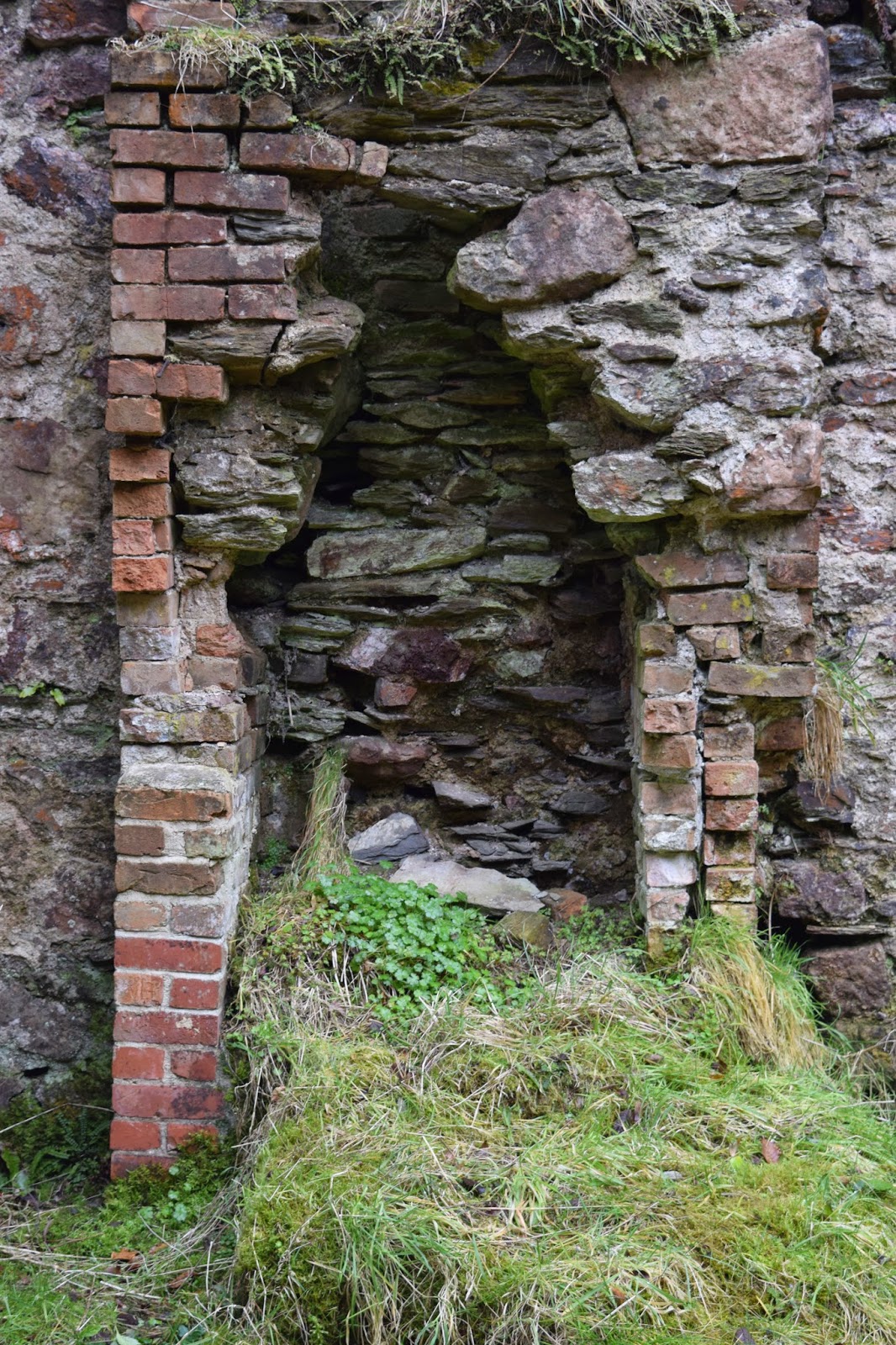 I'll have to revisit another day and bring a bicycle and ride the bits that are permitted and do the length of the whole route to Watchet.