I don't really train for things or prepare, I just tend to ride a bike and hope it all turns out okay. I'm a quiet unassuming kind of bloke, people tend to think I don't give a toss but I do, I just don't scream from the rooftops. Deep inside though I worry about people and things I don't need to but that's me, I doubt I'll ever change. Intervals are what you used to get at the pictures (or the theatre if your posh) tapering is something you did in woodwork at school and 'Wattbike' is a decision making process on what you fancy riding on a particular day.

Two years ago the furthest I'd ever ridden on any bike was about twenty five miles then the company I work for started doing the cycle to work scheme so I got myself a road bike. It took some getting used to and I soon found out the gearing was totally unsuitable for the terrain and a fat, unfit mamil. A cassette change sorted that and I slowly, very slowly built up the miles. I saw the Cheddar Sportive advertised and after reading reviews and sending an e-mail to some odd blogging type for their opinion I entered. After a lonely sixty miles and five and a half hours of rain and killer headwinds I finished, that might have put some people off but I really enjoyed it. I've not looked back really, I've made friends with some really nice folk and I finally have a bike with gears that will apparently get me up the side of a house and I even have those shoes that make you walk like a duck. So two years after my first big ride I'm attempting my first proper ton, one hundred miles again at Cheddar. I'm doing it with a group of friends this time, I've been promised that somebody will hold my hand but if they can't make it I fully understand and I've been told not to worry and to wheelsuck and we'll all stick together, because that's what groups do :) 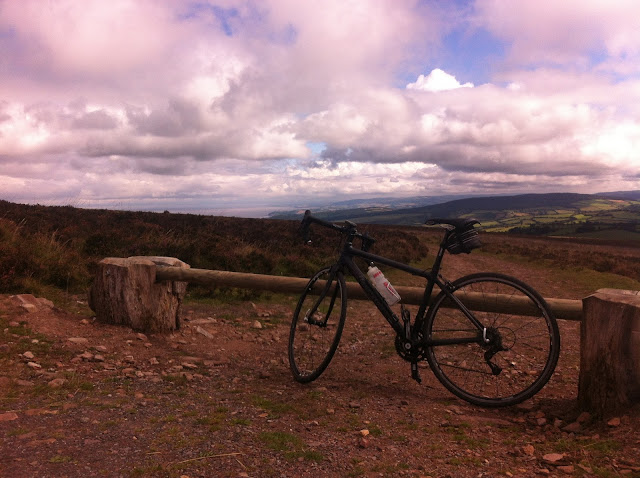 Looking forward to Sunday - it'll be a blast!!