I don't know about anyone else but being British and all you have to moan about the weather and queueing. I ventured out with eldest on the mountain bikes on Sunday, we didn't go far and although it was good fun slipping and sliding down tracks with sheer drops to one side it was too wet. The water is just sitting on the trails now and it's like riding along rivers which means mud glorious mud and made us not very popular with 'er indoors when we got back. 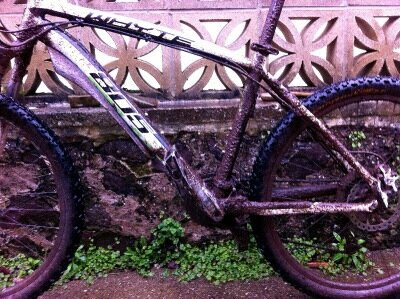 Today though a gap, a breather a lull before the next front or depression sets in, chilly, with light winds blowing from somewhere and it was dry! Layers applied including my new DHB softshell which is very warm but a bit short, I was the man in black, not Johnny Cash, I don't think his outfits had reflective trim and it wasn't lycra.

I didn't want to venture out into the wilds of Exmoor too far, if it's chilly down at sea level it will no doubt be a degree or so chillier up on top of the moors. I hadn't attempted a ride up Porlock Toll road for a while and now I've got a new bike with different gearing today seemed a good day to give it a go. As usual the Toll road was its peaceful self, the odd car and just the sound of me huffing and puffing my way up, pick a gear and spin. It felt like hard work which it always is for me but again I felt good even the cold air didn't seem to be effecting my lungs that much. 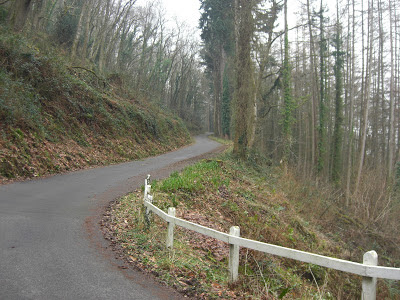 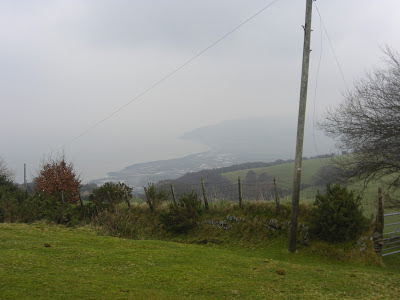 A quick breather at the top and I turned around and headed back down, rather chilly but I broke up the descent to take some pics. The recent weather has had quite an effect with lots of trees down and damaged opening up the canopy in places. 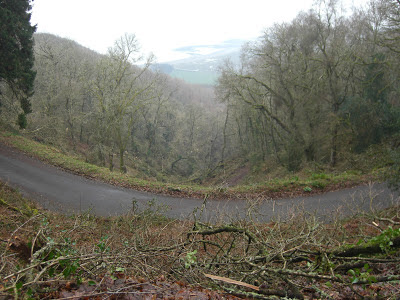 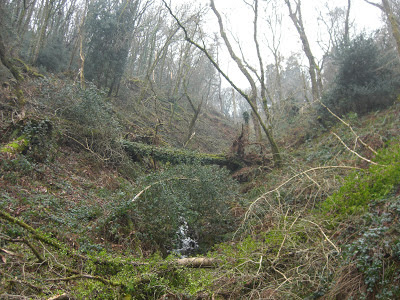 I took the scenic route home to make sure I complied with the two hour rule and to take in some smaller hills, just for the fun of it ;) On checking my stats when I got back it appears I did my quickest time up the toll road which I'm quite pleased with, is it about the bike ?